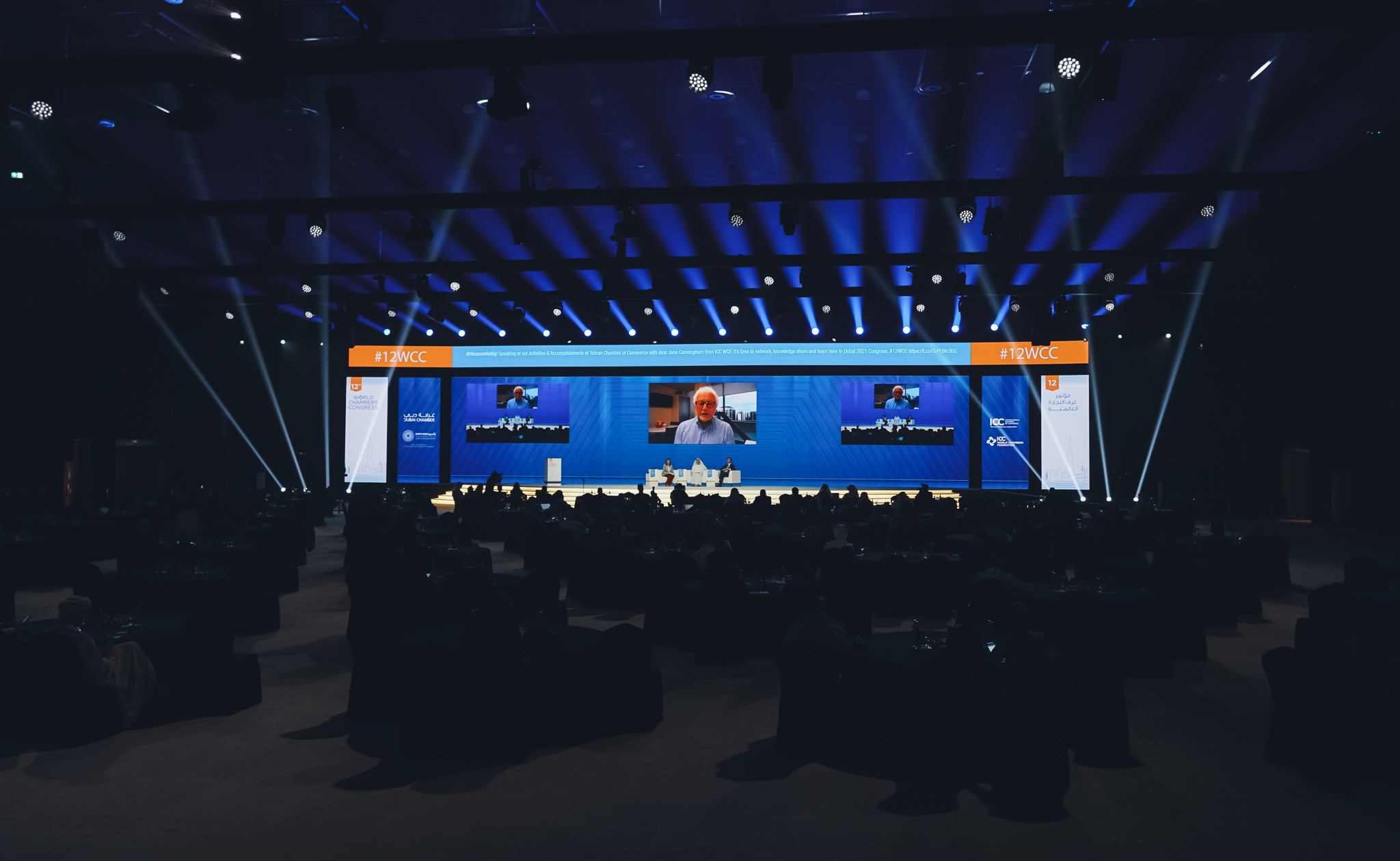 Eventagrate and Eventify were the leading event production companies that developed the state-of-the-art technology for the World Chambers Congress (WCC). The congress boasted an international forum for chamber thought leaders and experts to share best practices, exchange insights, develop networks, address the latest business challenges, and learn about new areas of innovation from chambers around the world. The event hosted 690 delegates (290 in-person and 400+ online) from different parts of the world. The World Chambers Congress required event technology experts to ensure detailed hybrid production execution with little room for error. They required a supplier who was skilled not only in managing physical and hybrid events but one that could develop ground-breaking event technology to inspire and engage audiences from around the world. Eventagrate and Eventify were the chosen preferred suppliers and comprised of a large skilled team who set out to deliver on high standards. 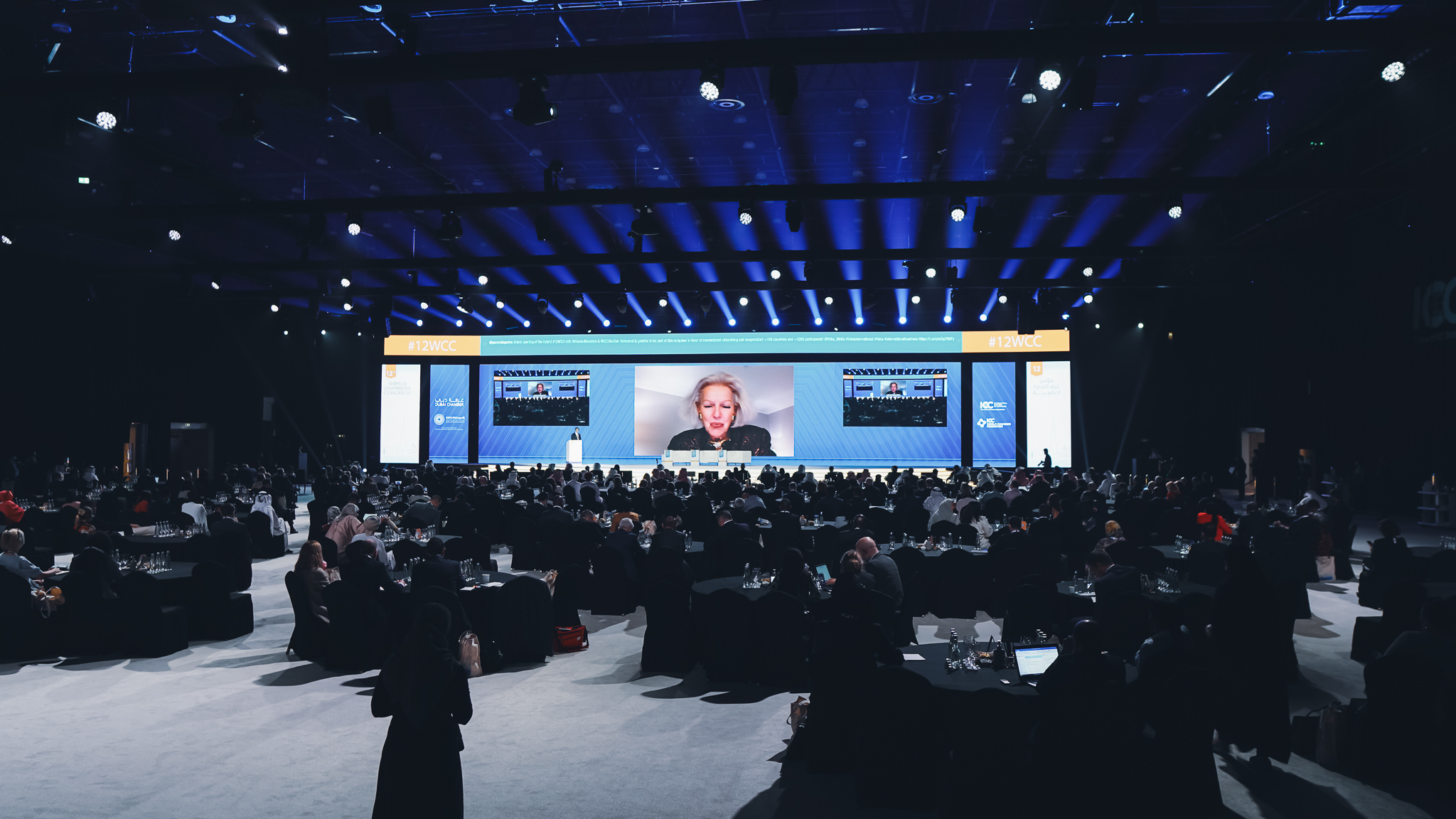 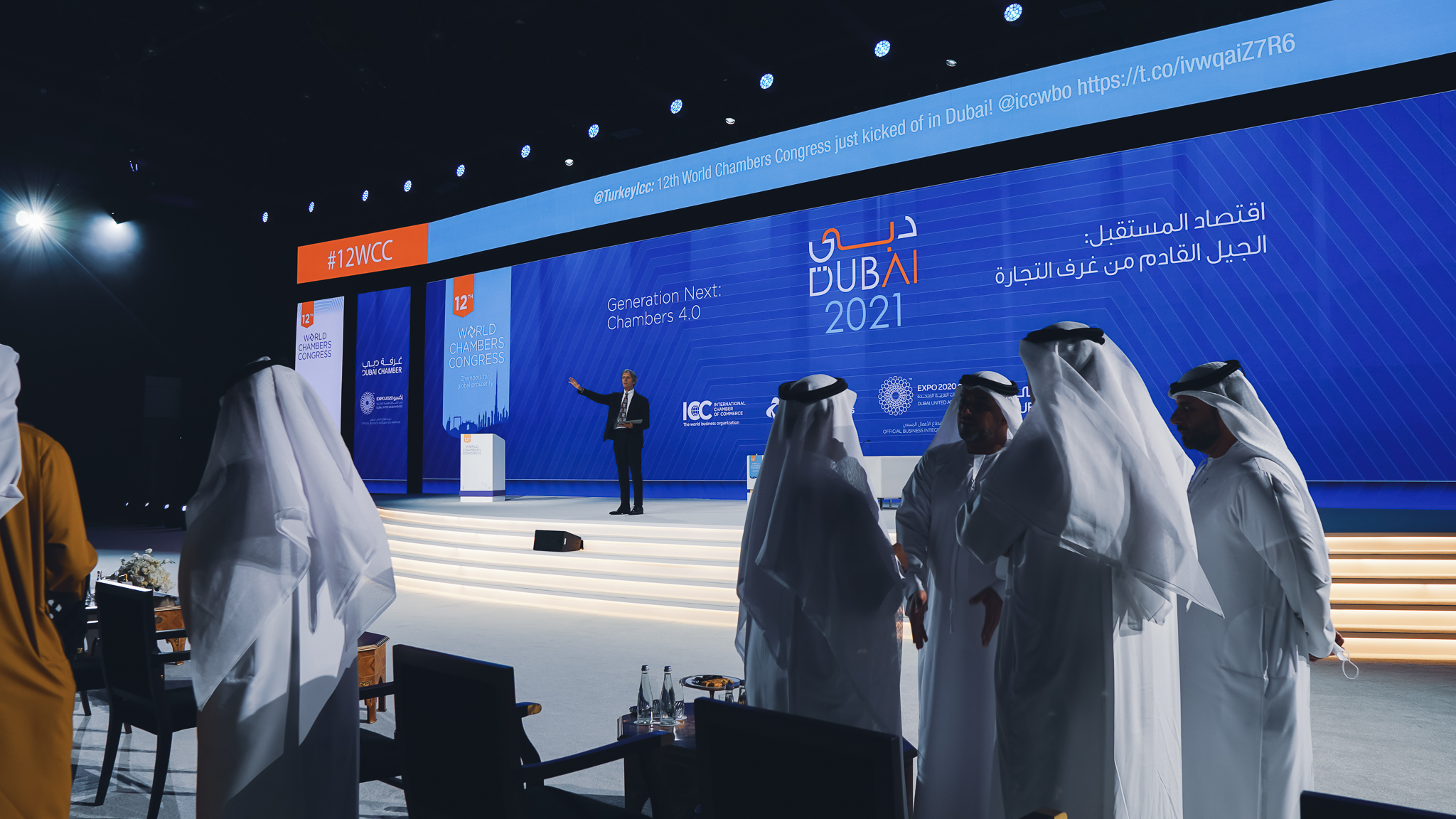 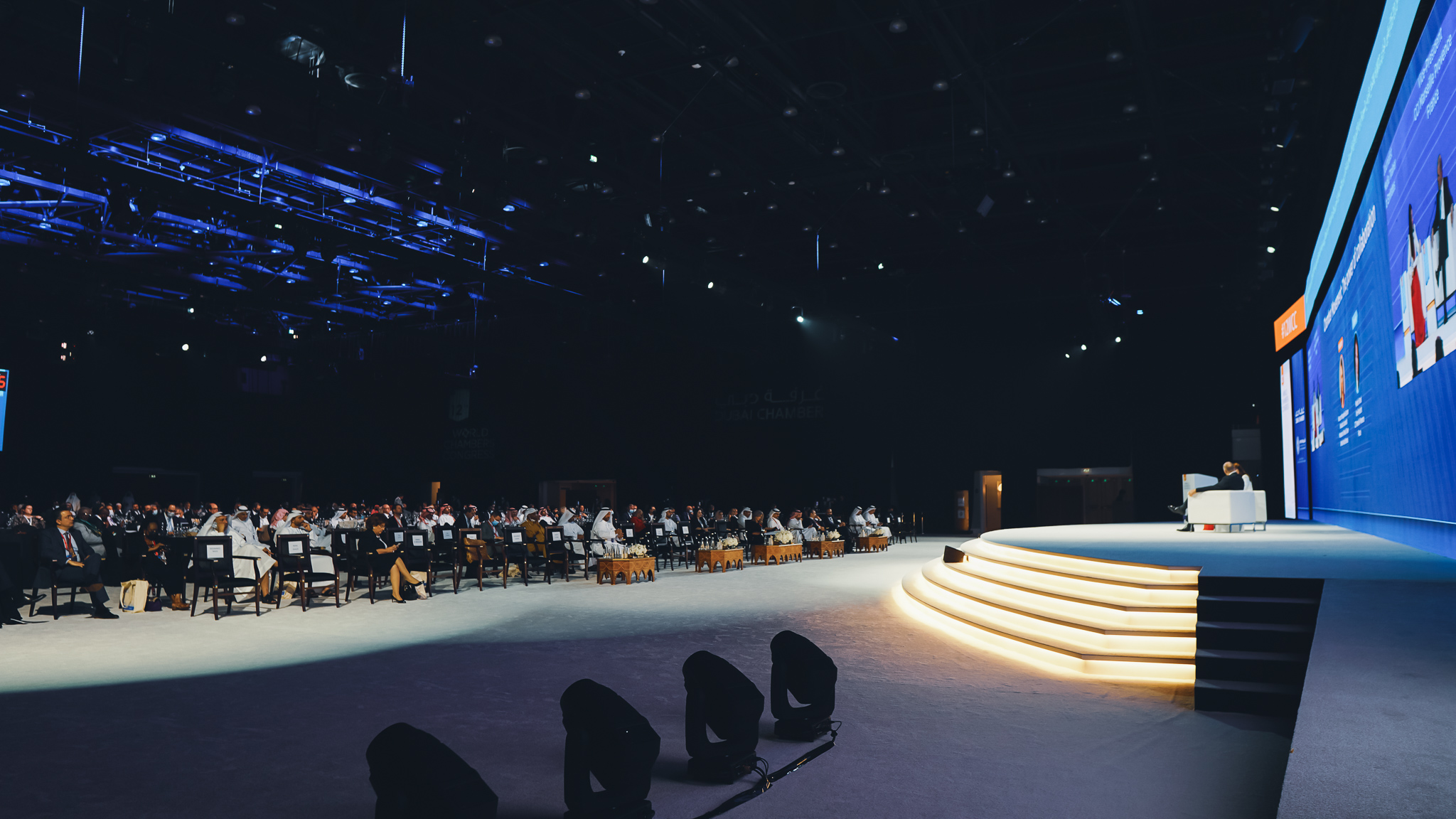 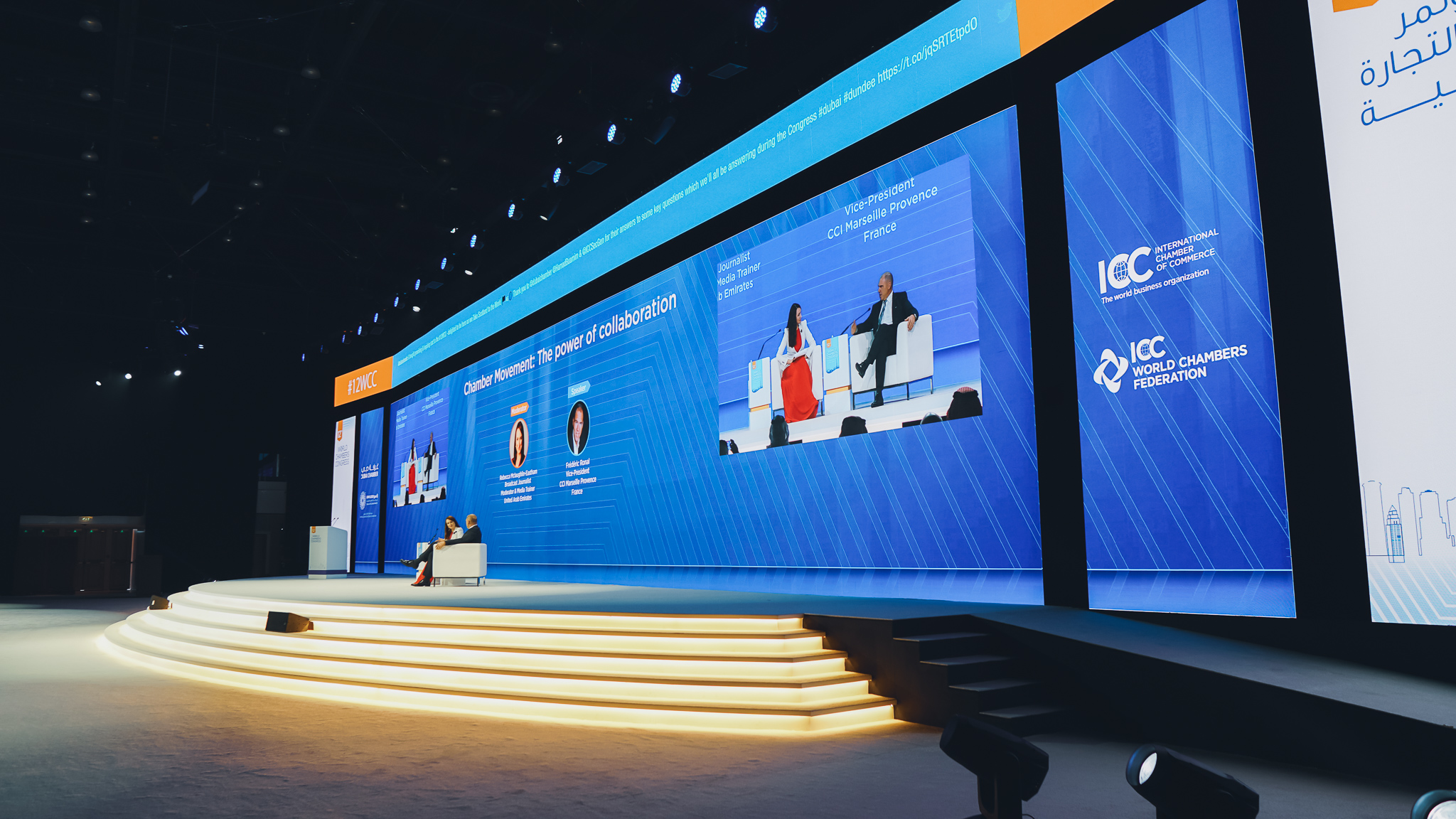 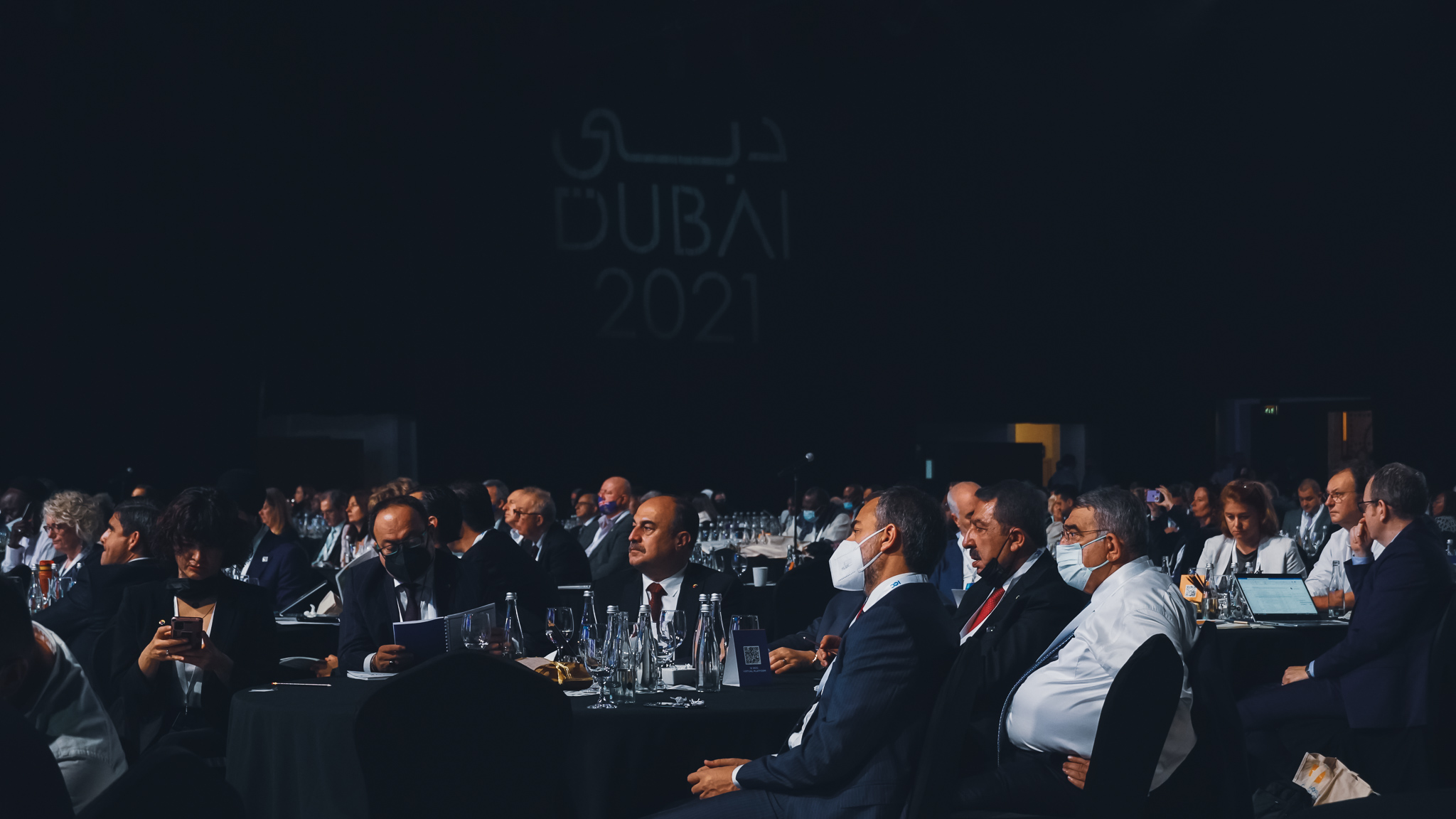 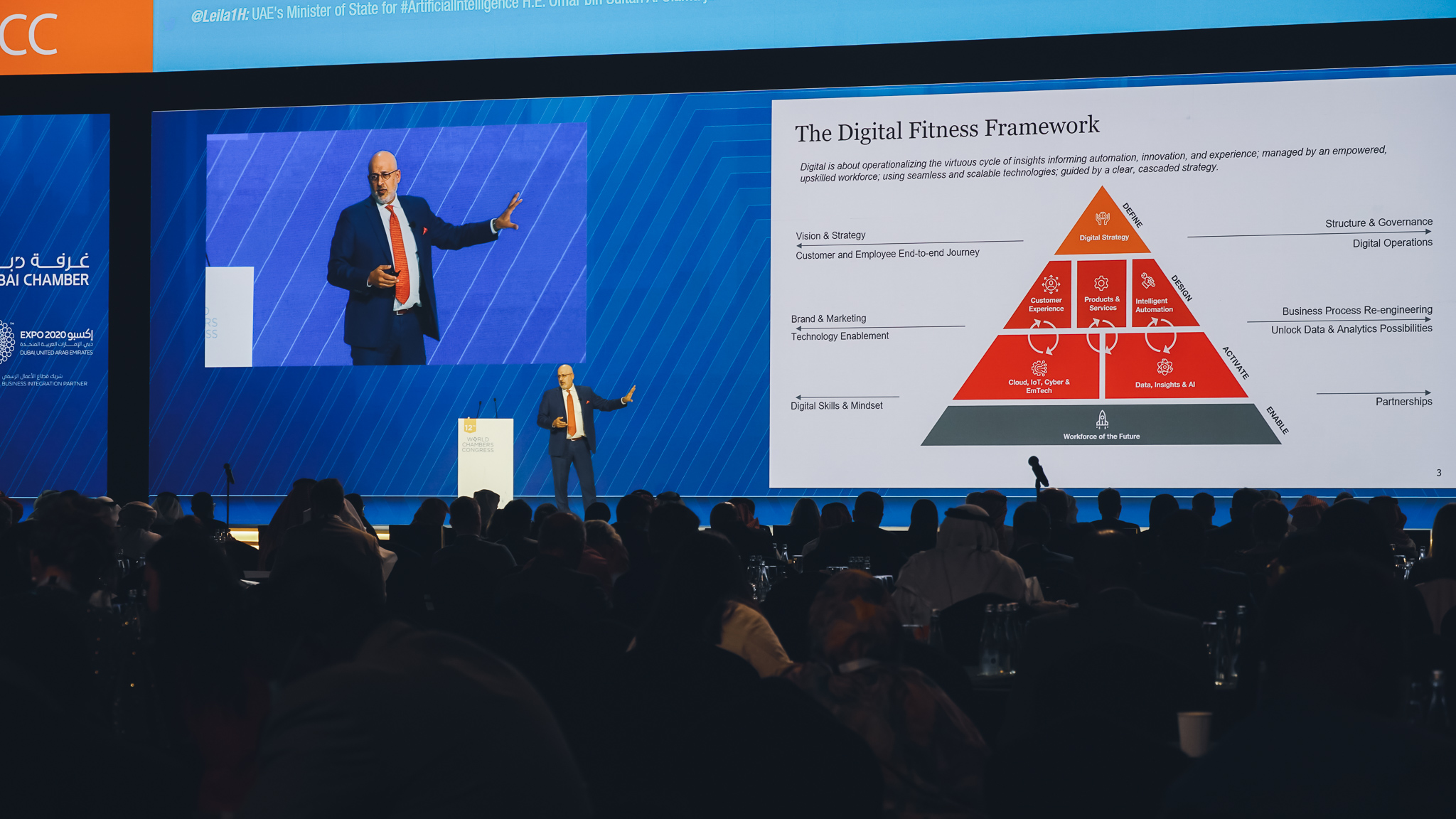 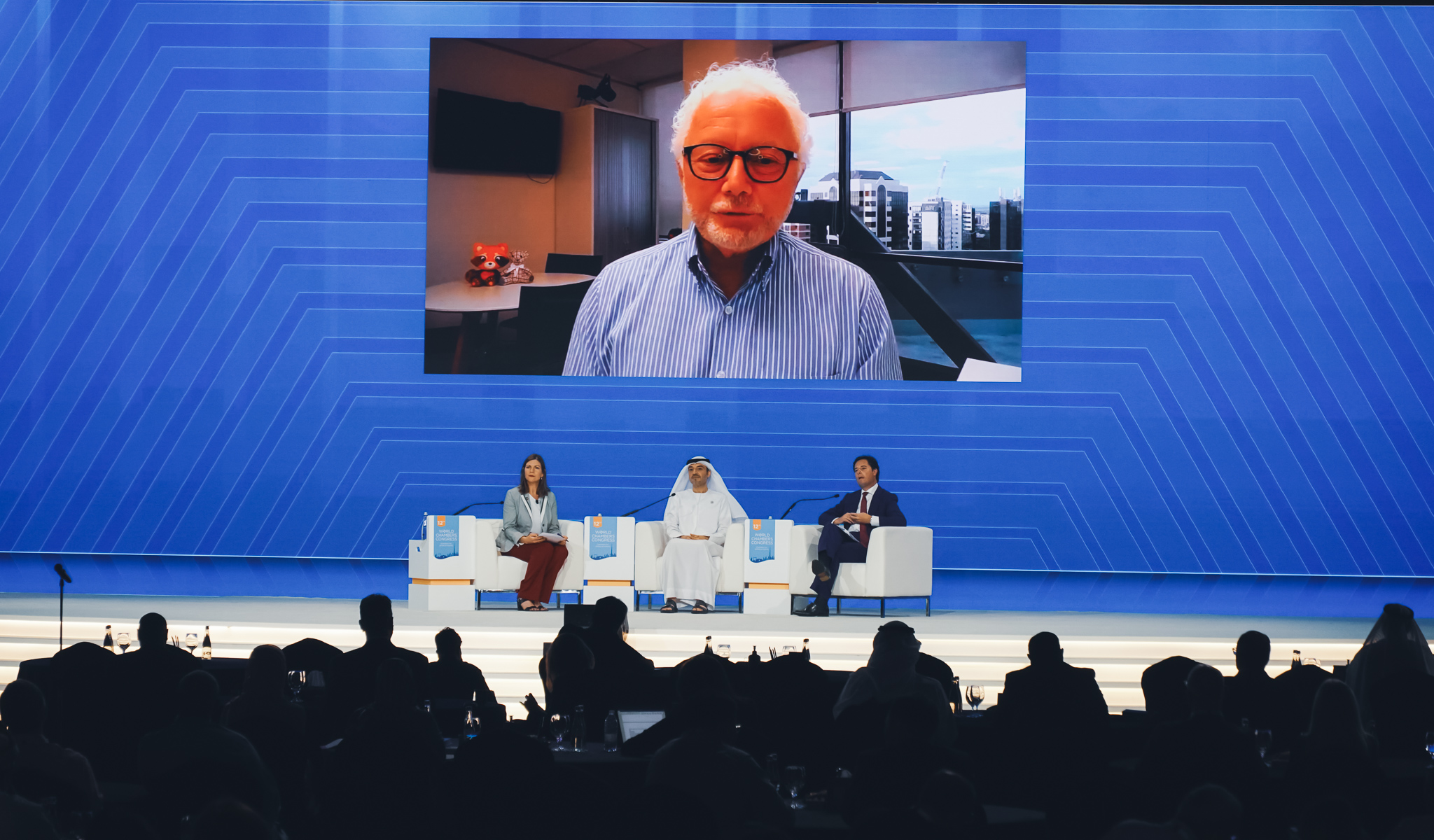 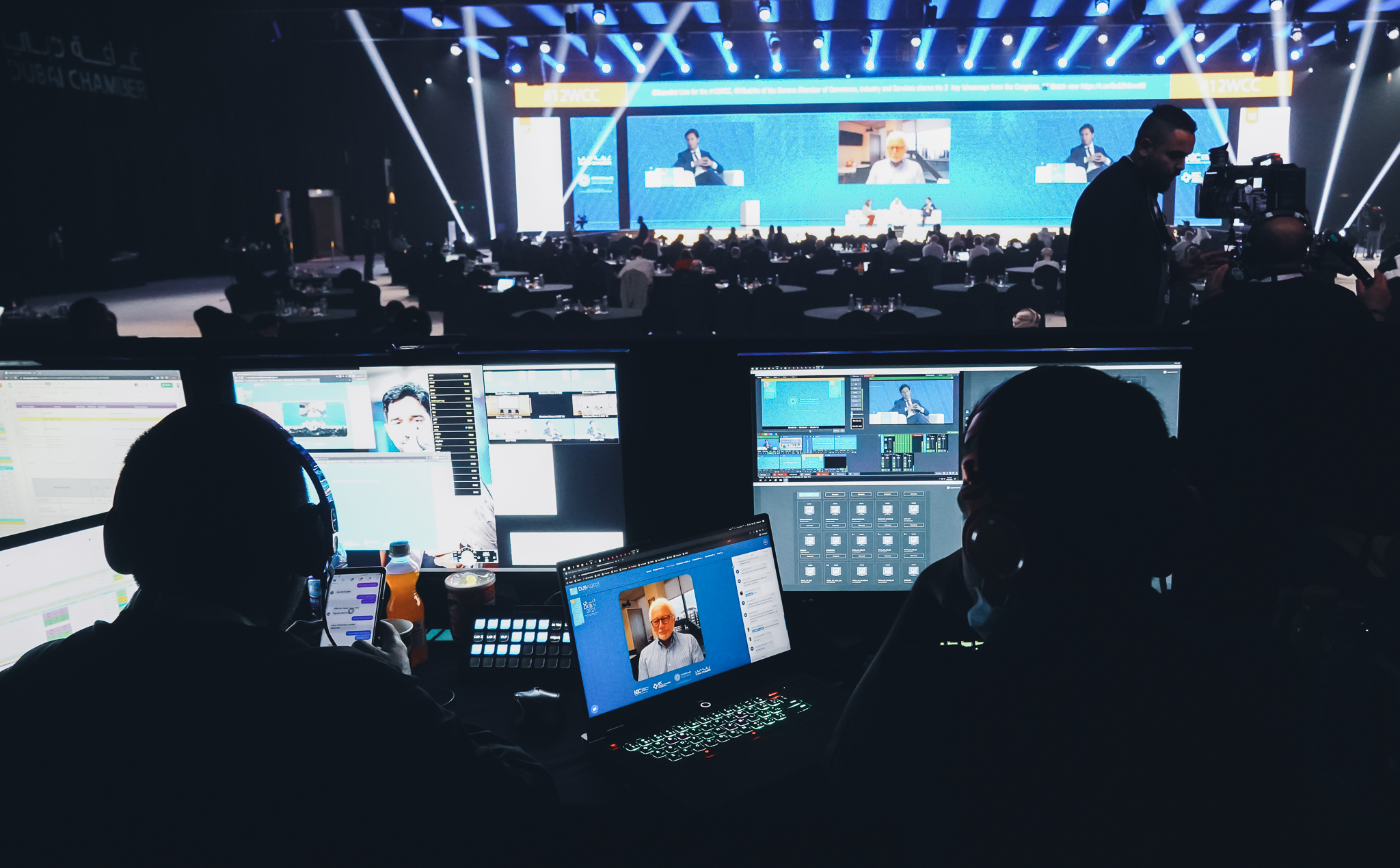 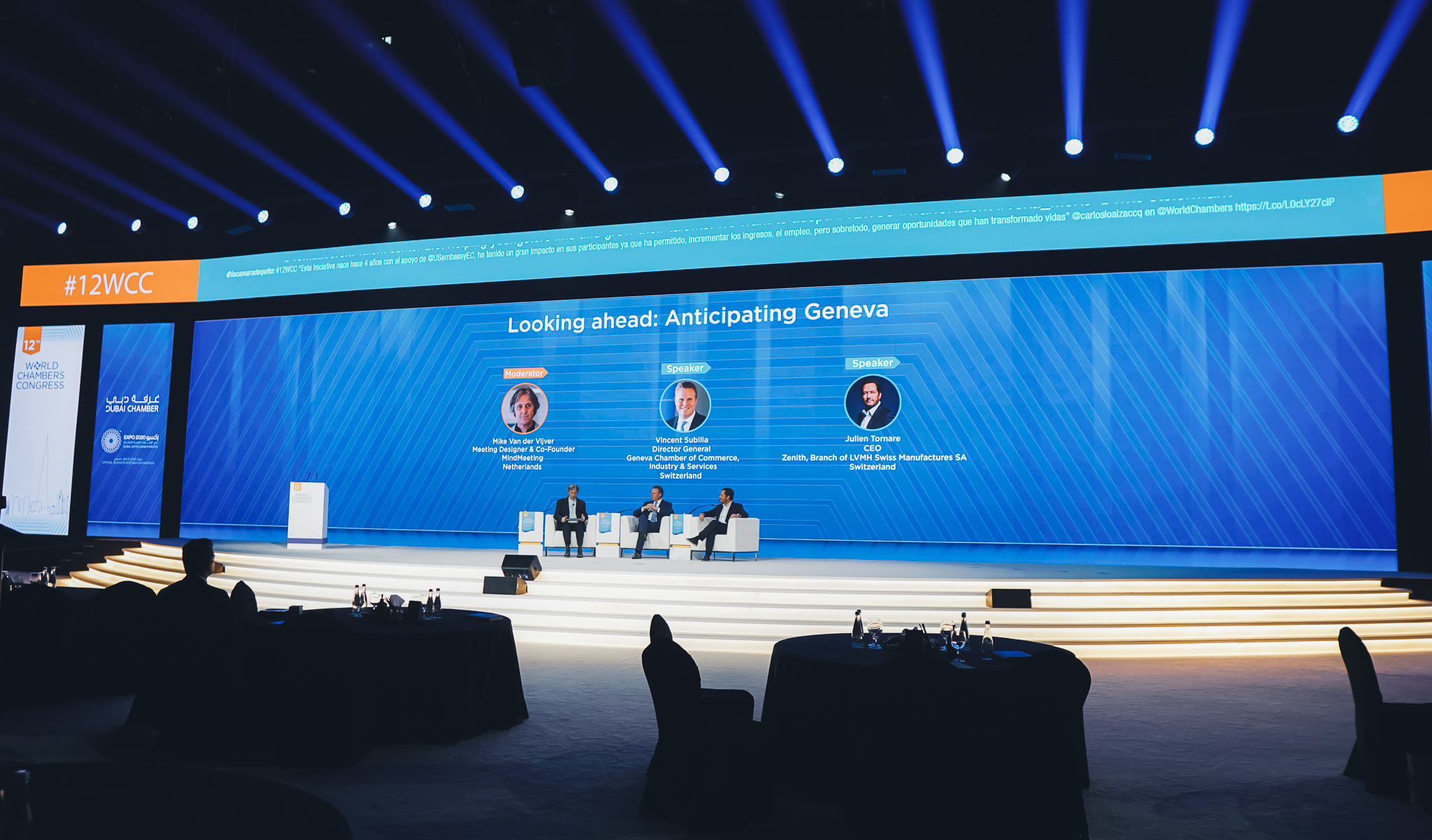 Eventagrate’s developers branded and customized a 2D virtual platform in line with the WCC's event requirements. Each attendee, exhibitor, or host experienced a different platform that catered for their event needs, based on their unique login details. This was a convenient, centralized platform for all congress attendees to have event details at their fingertips and a platform that promoted engagement, fun, and interaction.

The 2D virtual platform included a designed home page, program/agenda, speaker biographies, a virtual main stage, breakout rooms for specific content discussions, speed networking, a showcase area for exhibitors, a virtual meeting room & a chat section. In addition, the team built an interactive, live mood board that audiences could access from the 2D platform to express themselves on a shared, live screen.

Live feeds were scheduled and managed to deliver congress presentations on a live screen in the main stage room of the virtual platform. These live feeds were also viewed by both the live and virtual audiences, expanding the congress’s reach. Delegates watched the presentation content, chatted, asked, and answered questions and contributed to discussion polls with fellow delegates.

Three different screens were included side by side to divide each break-out room, providing the delegate with a variety of content options that they could select from. Within these breakout rooms, delegates could also interact with fellow delegates online using the chat, QnA, and poll features.

This area was created for WCC’s exhibitors and sponsors to display their latest innovations via a virtual exhibition arena. Each exhibitor had their virtual booth customized using their branding and CI. Delegates could engage with them by requesting company information, setting up meetings, or chatting with the company directly. The exhibitors could also update their booth information from the back end using the self-service function in real-time.

The live welcome host who appeared as a figure in the virtual 360-degree platform was recorded using a green screen and transferred onto the platform. All speakers’ schedules were managed by the Eventagrate team and WCC facilitators to ensure that the event ran smoothly.

While the Eventagrate team mostly customized and managed the 360-degree virtual platform, it should also be noted that training was provided to the WCC team to manage, update and control parts of the platform. This training was beneficial as it empowered the WCC team to make certain changes in real-time. The WCC team found the platform user interface extremely easy to use and a very convenient way to manage event information and communications.

The WCC was streamed to over 700+ delegates worldwide so the full team of Eventagrate technical managers needed to always ensure uninterrupted streaming. The technical team skillfully controlled the mixing, audio, video displays, and behind-the-scenes production to ensure that the content was delivered on time and without latency delays.

Attendees could interact with the Digital Fitness Test which was a quiz containing questions about digital strategy, technology and data fitness and culture & skills. They could provide answers that ranged from “Limited” being the least to “Optimising” being the most. Once the attendees submitted their responses, the test would then calculate what their result was and let them know at what level their overall digital fitness was at.

The Playbook was designed by the Eventagrate team and WCC to help challenge attendees to re-think what has been done before and imagine new possibilities. It was created to not only communicate the attendees' own expressions but as a vehicle to drive collective action. The Playbook was recreated virtually to ensure participation, collaboratively online.

The mood board was created to bring about excitement and partnership at the event. Delegates could contribute by sharing their current moods, feelings, thoughts and answering questions about the congress. Their entries were then moderated and displayed on a giant mood board that was on display for everyone to view at the physical event. Delegates could easily access the online portal via a QR code to share their personal attributes.

Above all else, the Eventagrate and Eventify team thoroughly enjoyed being a part of this event. They put in many hours to achieve excellence both on the technology and the production execution side. The level of technical detail coupled with the willingness to join forces as a team made this event an absolute success.

Looking to host a similar event or want to partner with us to innovate your event technology?