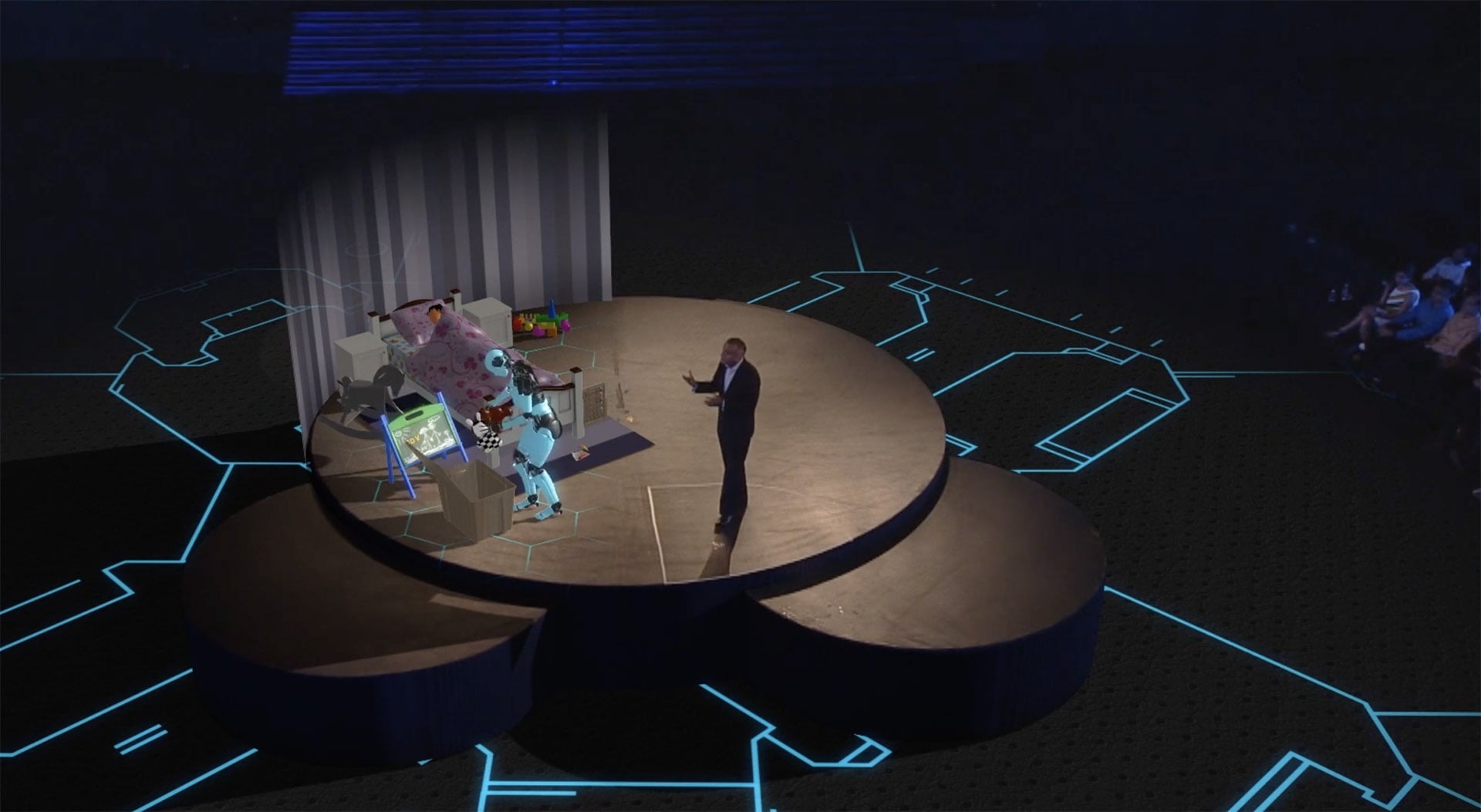 AR Augmented Reality Stage presentation designed for the CEO of VIACOM in 2018. Featuring several levels of interactivity between the CEO and the digital characters and environments. It was broadcasted to an audience of 50+ million viewers. 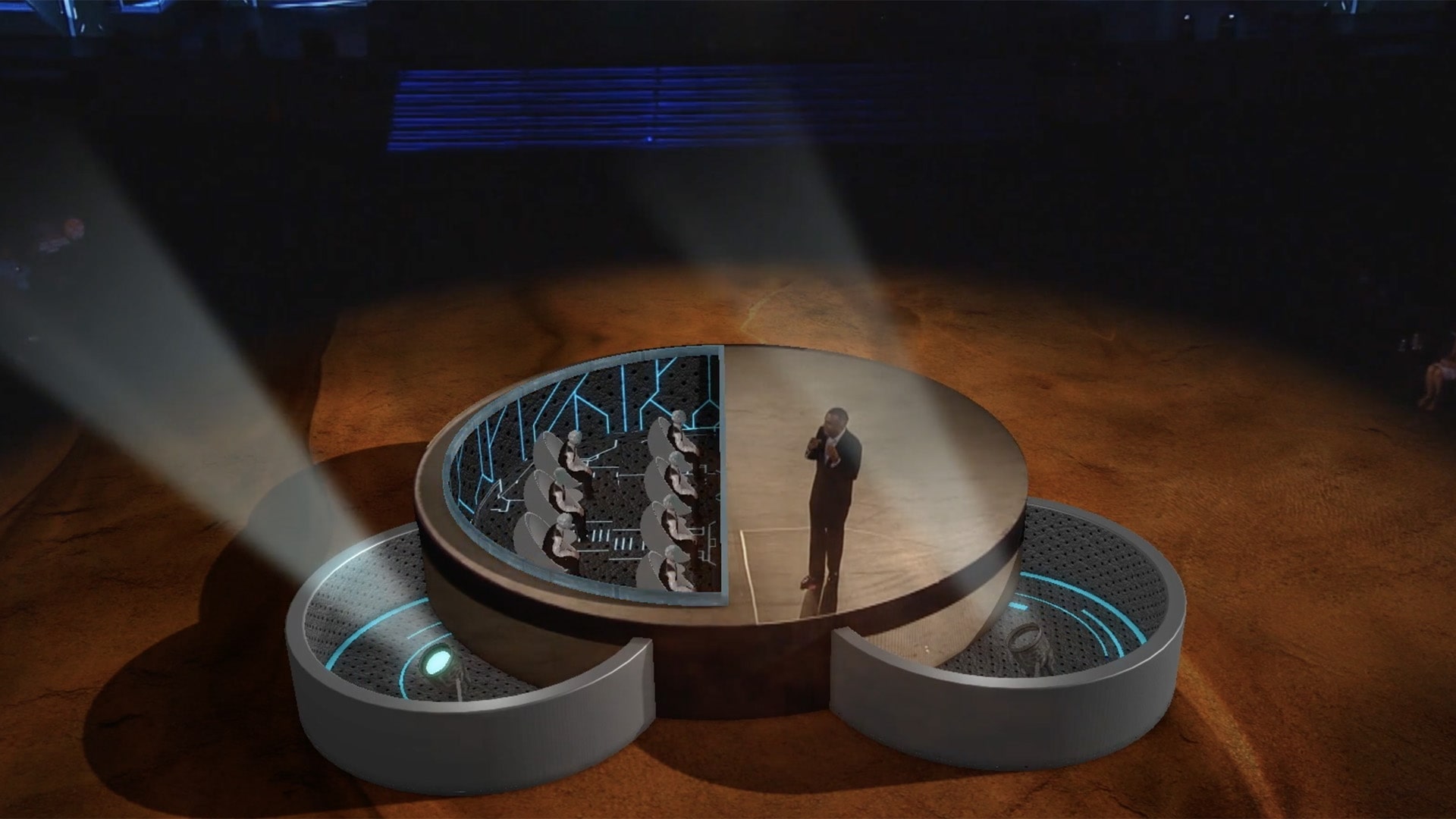 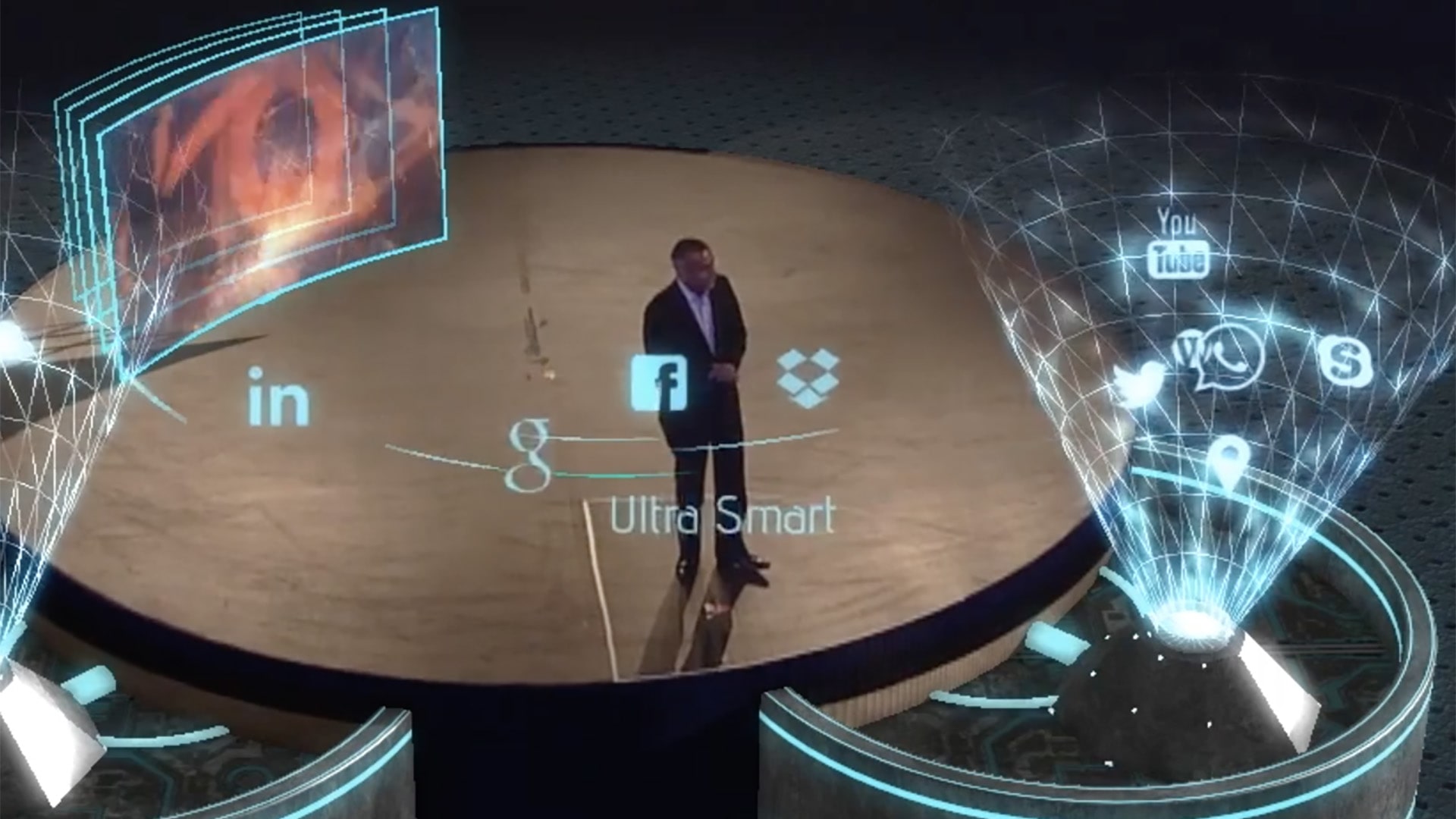 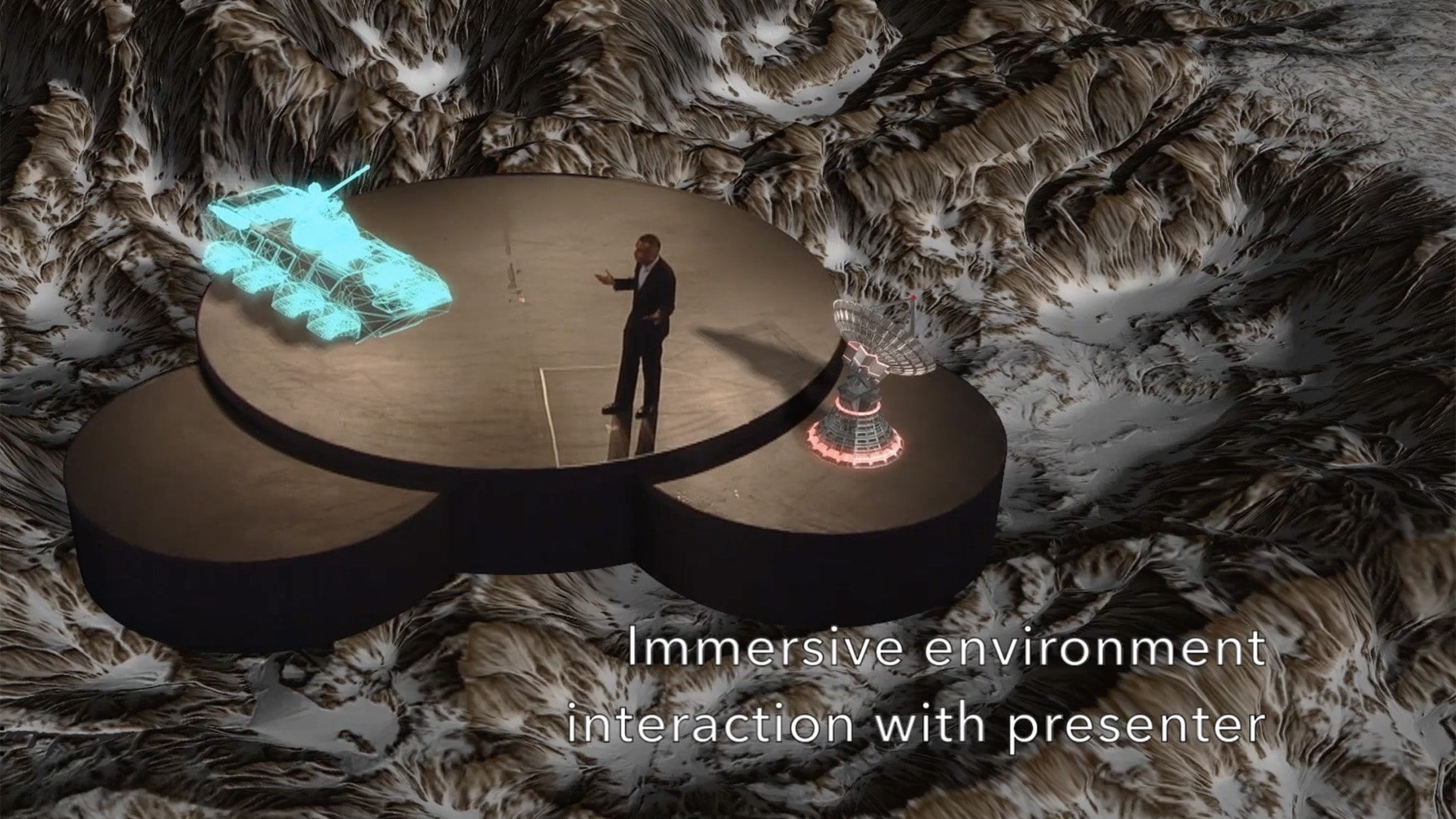 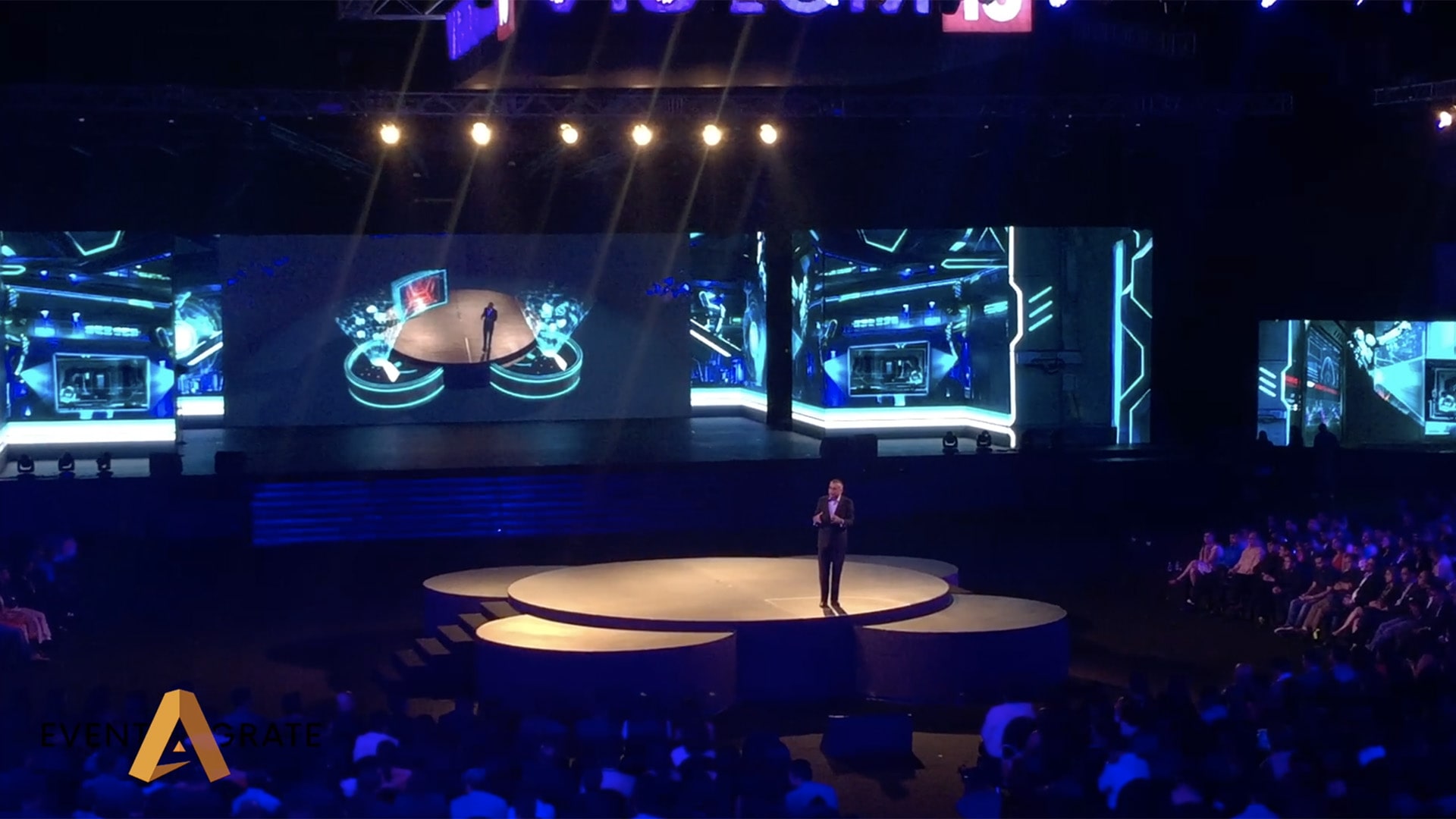 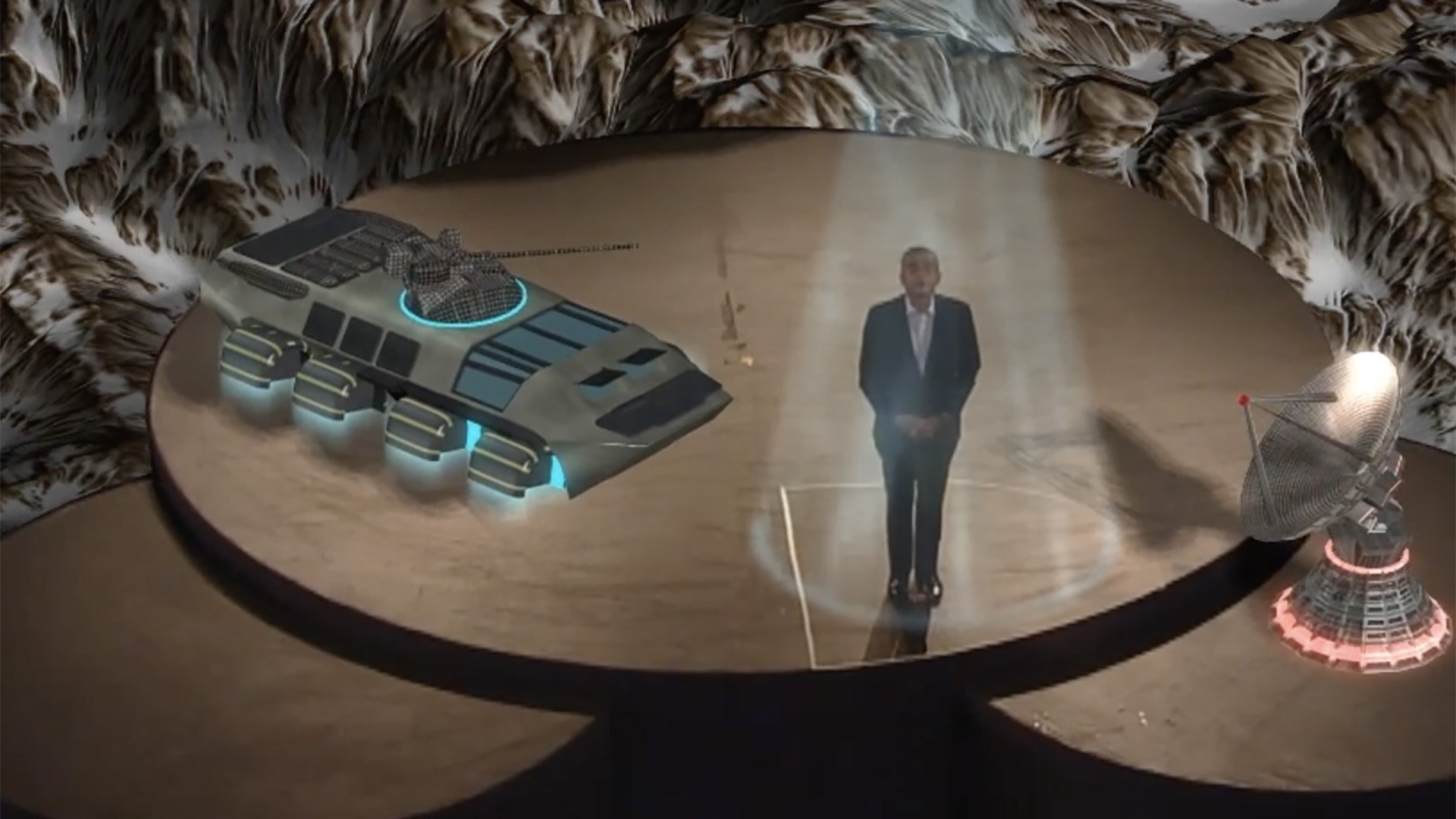 for Viacom was achieved on Ventuz Director Software. The stage was brought to life and augmented with different scenes, supporting the speech of the CEO of the company. Data visualization, storytelling and even the occasional joke were presented to Viacom's stakeholders in an interactive form accompanied by custom-made 3D graphics that were animated onstage.

allowed for 3500 guests that were seated around the semi circular stage deign, while big LED screens on the back wall were bringing the full journey to life.