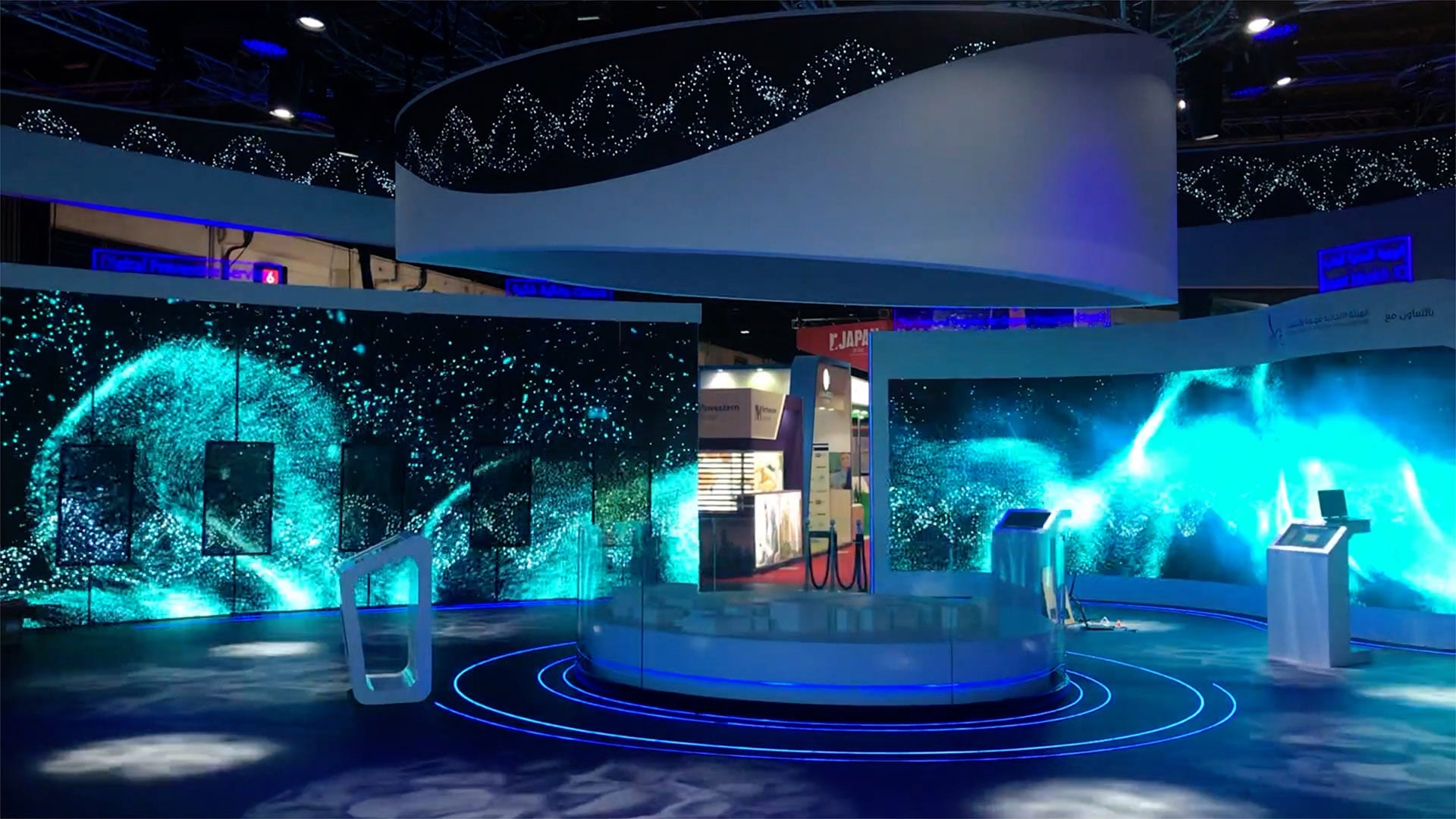 Interactive multimedia stand for the Ministry of Health and Prevention in the UAE for the exhibition of Arab Health 2019. The stand was comprised of two separate units and both had separate activations plus would come to life several times a day to promote the concept of organ donation in the Middle East. 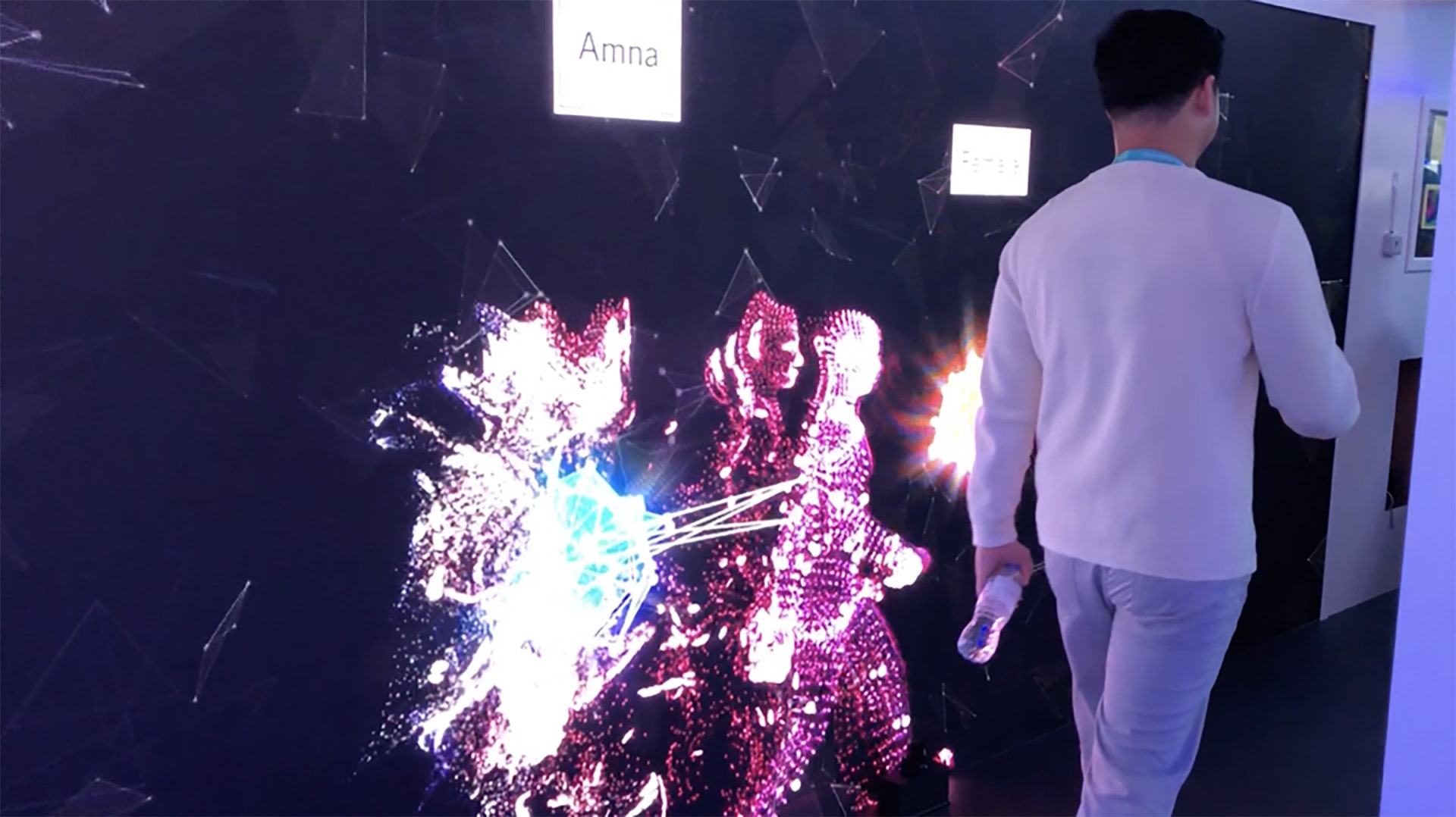 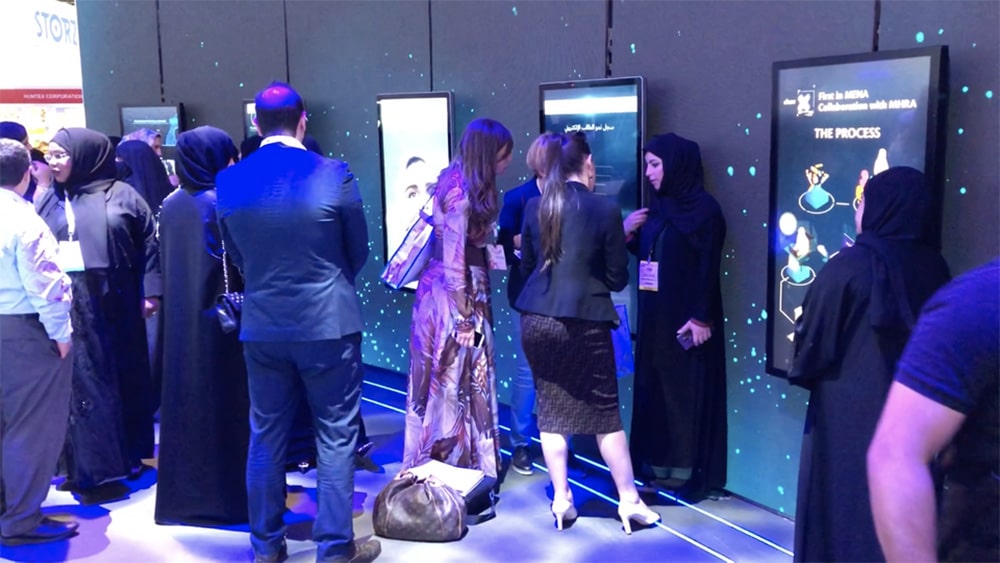 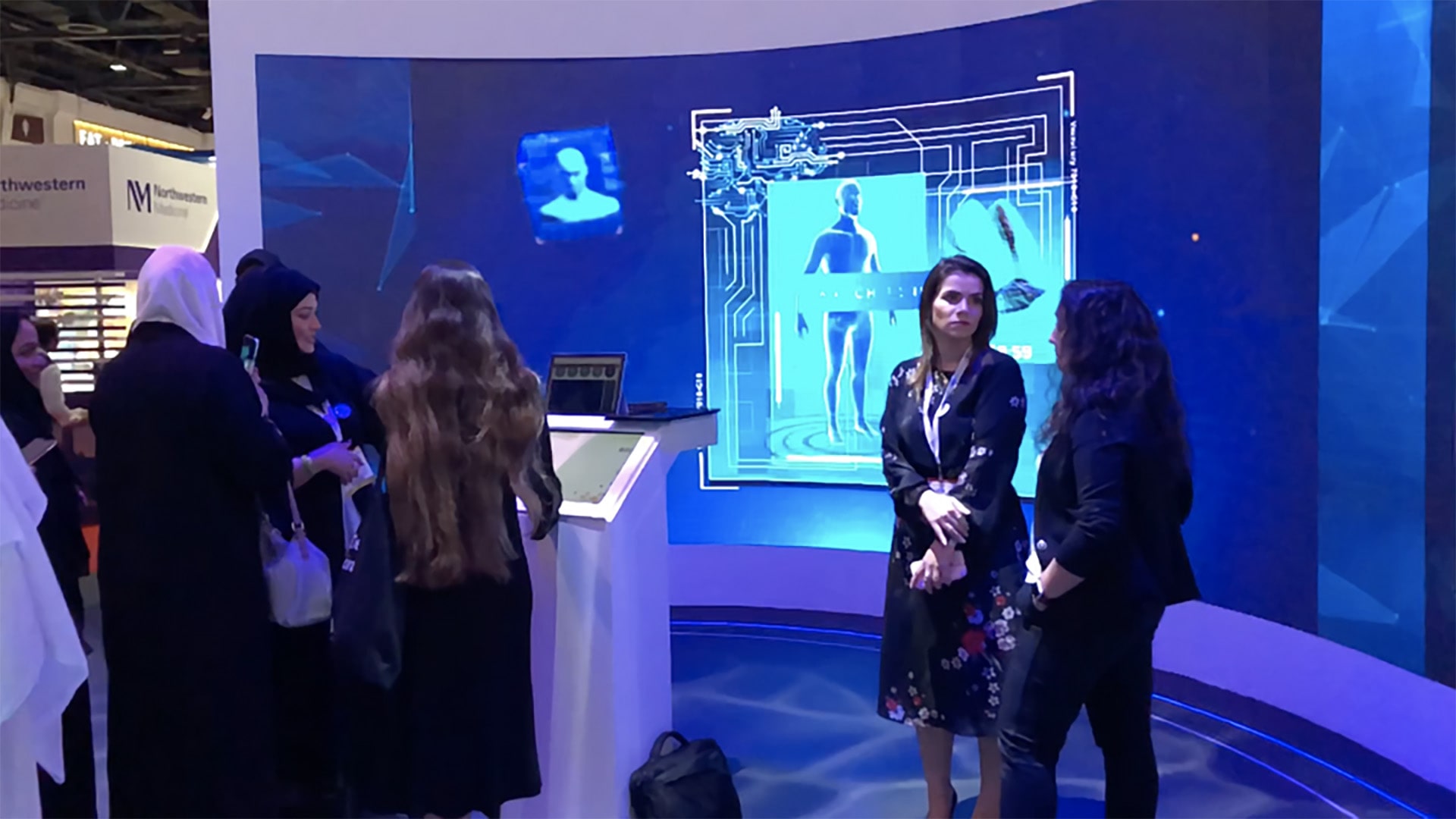 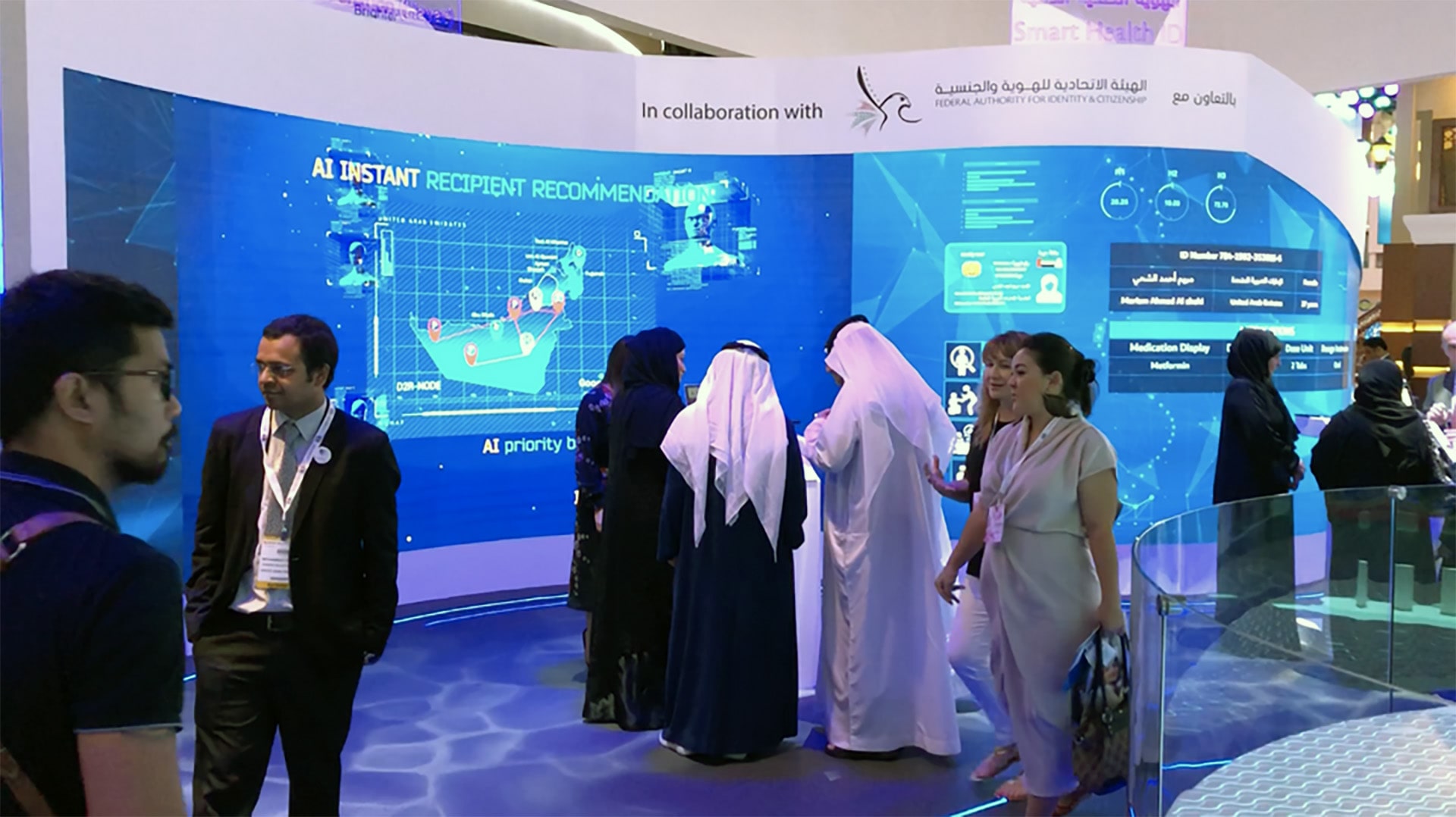 The exhibition took place over the course of five days during which people from the industry could come and see new developments and technology in the medical field, as well as new initiatives that MOHAP had embraced. Location was Dubai Wolrd Trade Center.

was the biggest element on the stand. Each and every digital surface will come to life as one, during specific moments of the day. The combined message that they were portraying was one of organ donation and the steps one can take to become part of the program. The way Eventagrate approached the project was by creating a story - visitors will see, in a stylized way, a life from the moment of birth, registration for organ donation, to a supposed accident and blockchain distribution of the organs to new recipients. The initiative was launched by HH Sheikh Mohammed bin Rashid Al Maktoum is the Vice President and Prime Minister of the United Arab Emirates, the Ruler of Dubai.

had dual function - during the show they would play a part of the story but once the show was over they will come down and act as regular touchscreens, each responsible for a different initiative ranging from child obesity to hospital locations and tuberculosis studies.

over a stylized city wa programmed to be controlled via a touchscreen. It was detailing different initiatives for a more active life.

was a mockup for a real tunnel collaboration between the Ministry of Health and Prevention and the General Directorate of Reidency and Foreign Affairs. Just by placing their emirates ID the visitors could see information about themselves through the tunnel, whilst at the end of it they had a few health measurements done instaneniously such as weight, quality and capacity of lungs, full heat picture and temperature check, happiness, gender and age analysis etc.

would take the visitors to different scenarios of what happens in a hospital ward and how blockchain helps support this.

There were total of 29 different activations at the exhibition stand, enabling the ministry to be the most cohesive and educational with the points it wanted to communicate, all of them linked to a journey and a story.