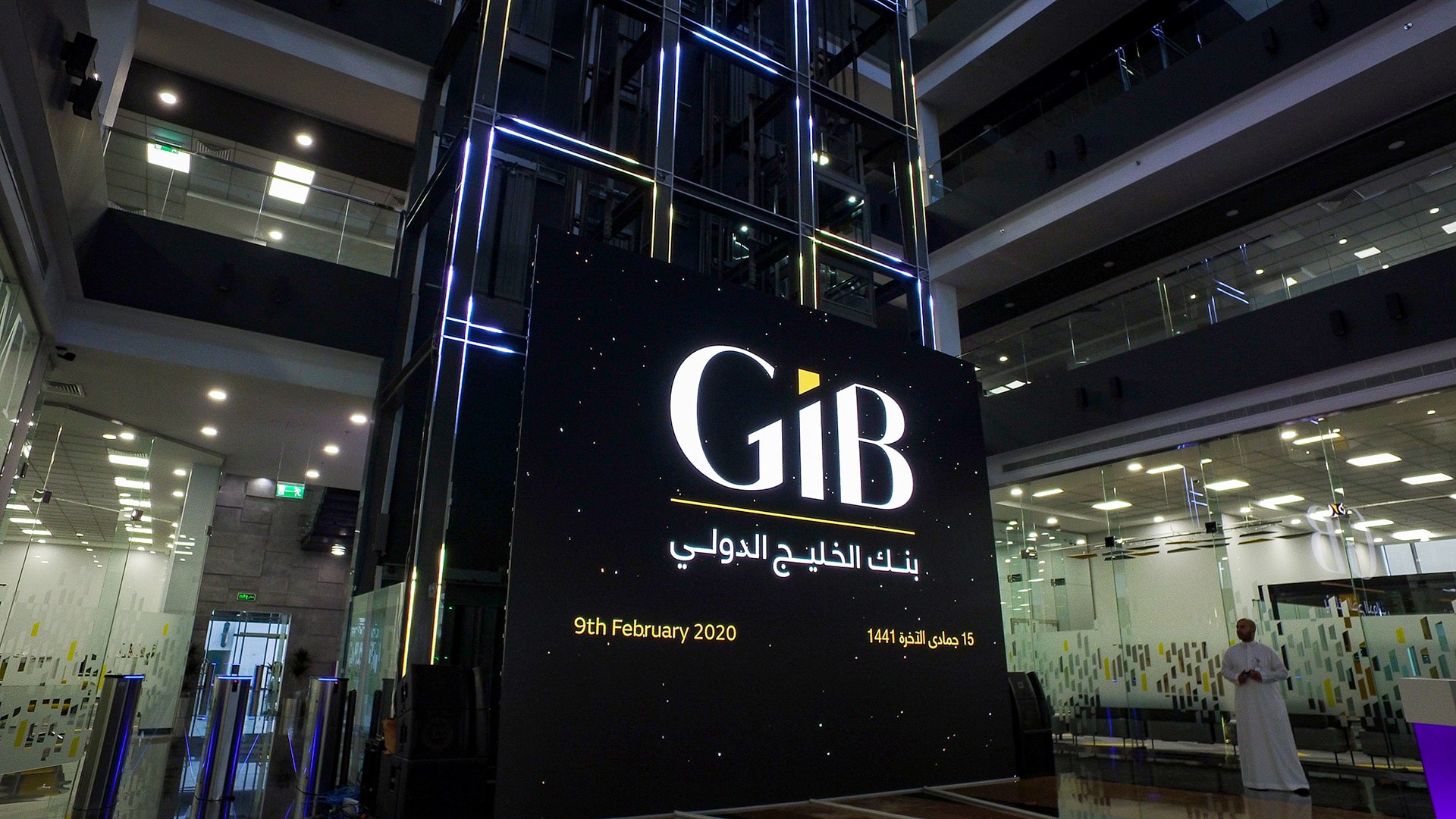 Gulf International Bank inaugurated its operation center in Al Khobar on February 11, 2020. The inauguration was conducted by His Royal Highness Prince Saud bin Nayef Al Saud, Governor of Eastern Province on the premises of the bank. 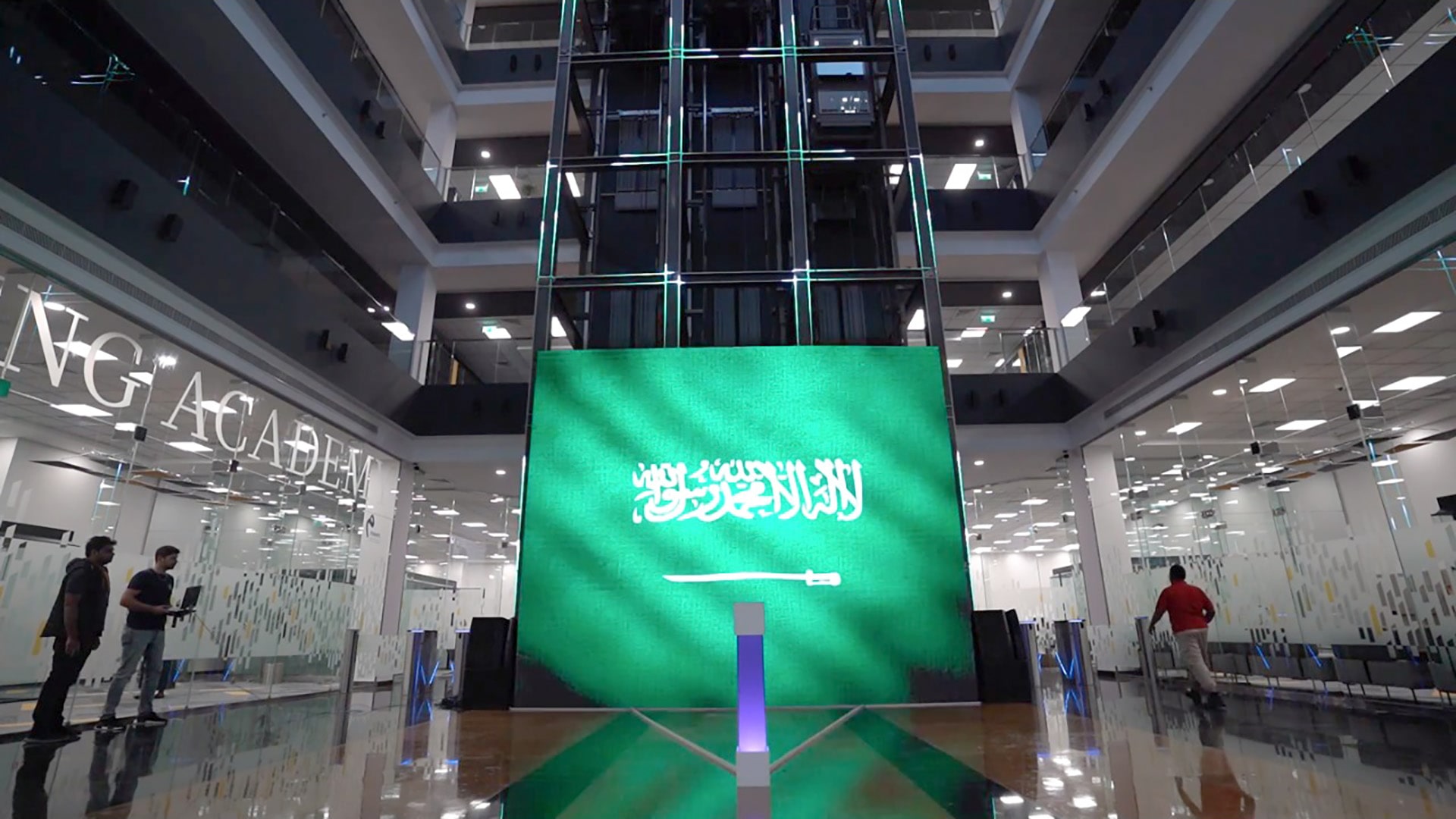 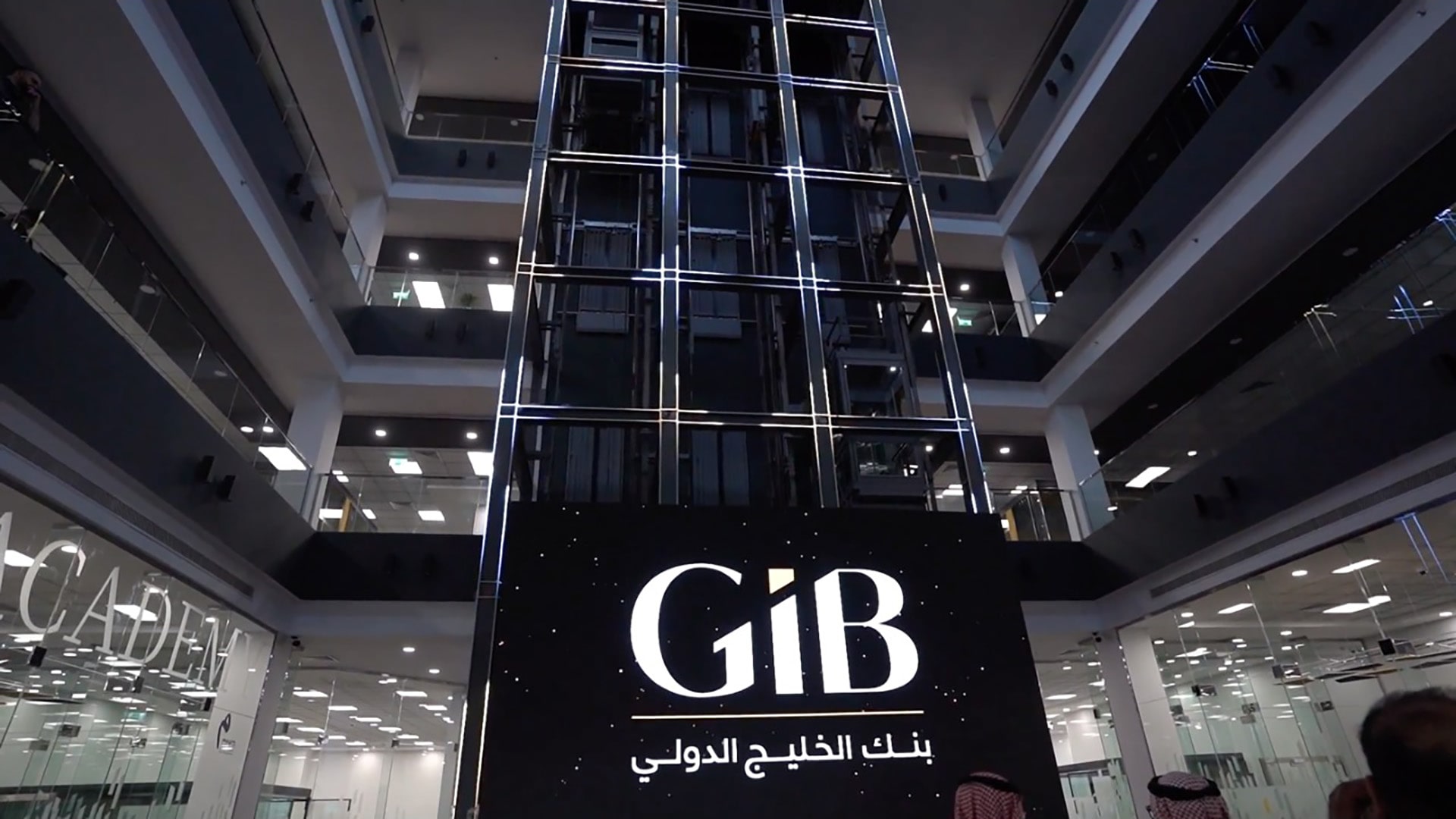 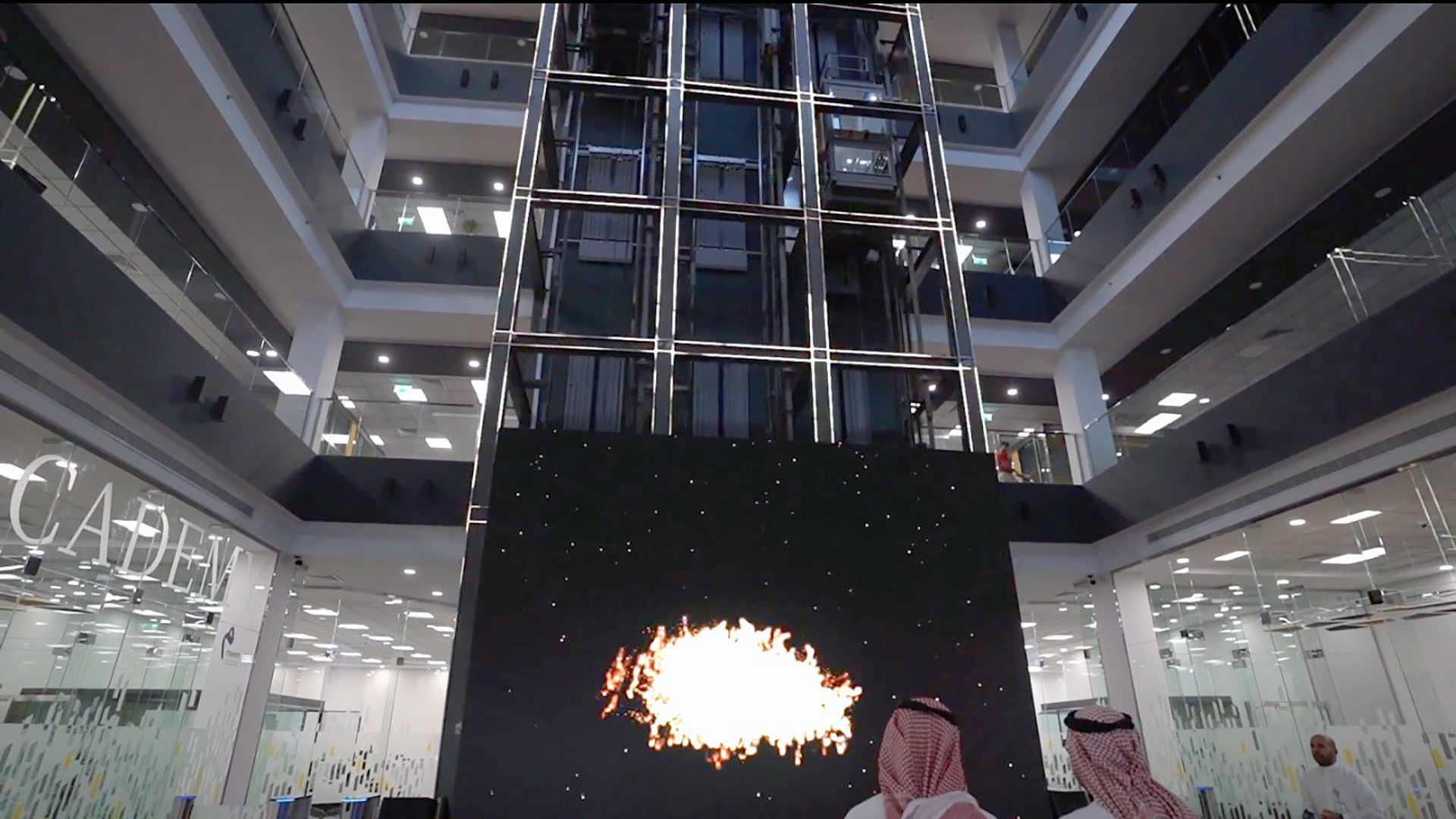 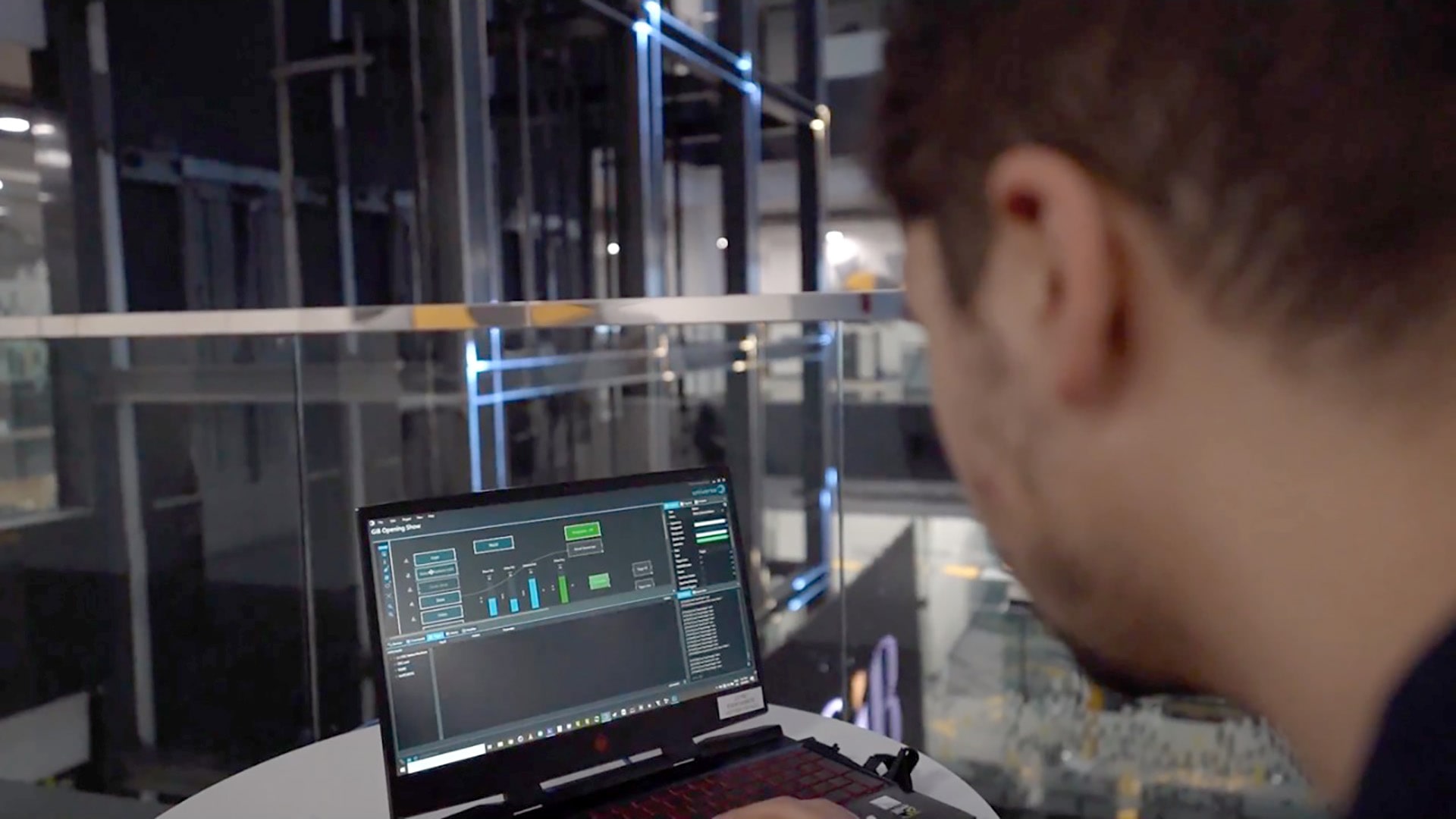 was approached by Rama Concept to create a spectacular launch ceremony using some of the architectural elements in the building.

of the building, an elevator is framed with grids that were masked with a whopping 300 meters of LED lights.

created started with the Saudi national anthem playing with the green and white lighting in the LED strips followed by a 30 second abstract show forming the GIB logo at the end displayed on a 6 x 5 meter LED screen facing the audience as they enter.

triggered both the content on the screen along with the movement of the LED Strips with the soundtrack selected created a visual masterpiece. All was triggered by the swipe of a card specially customized for His Royal Highness.