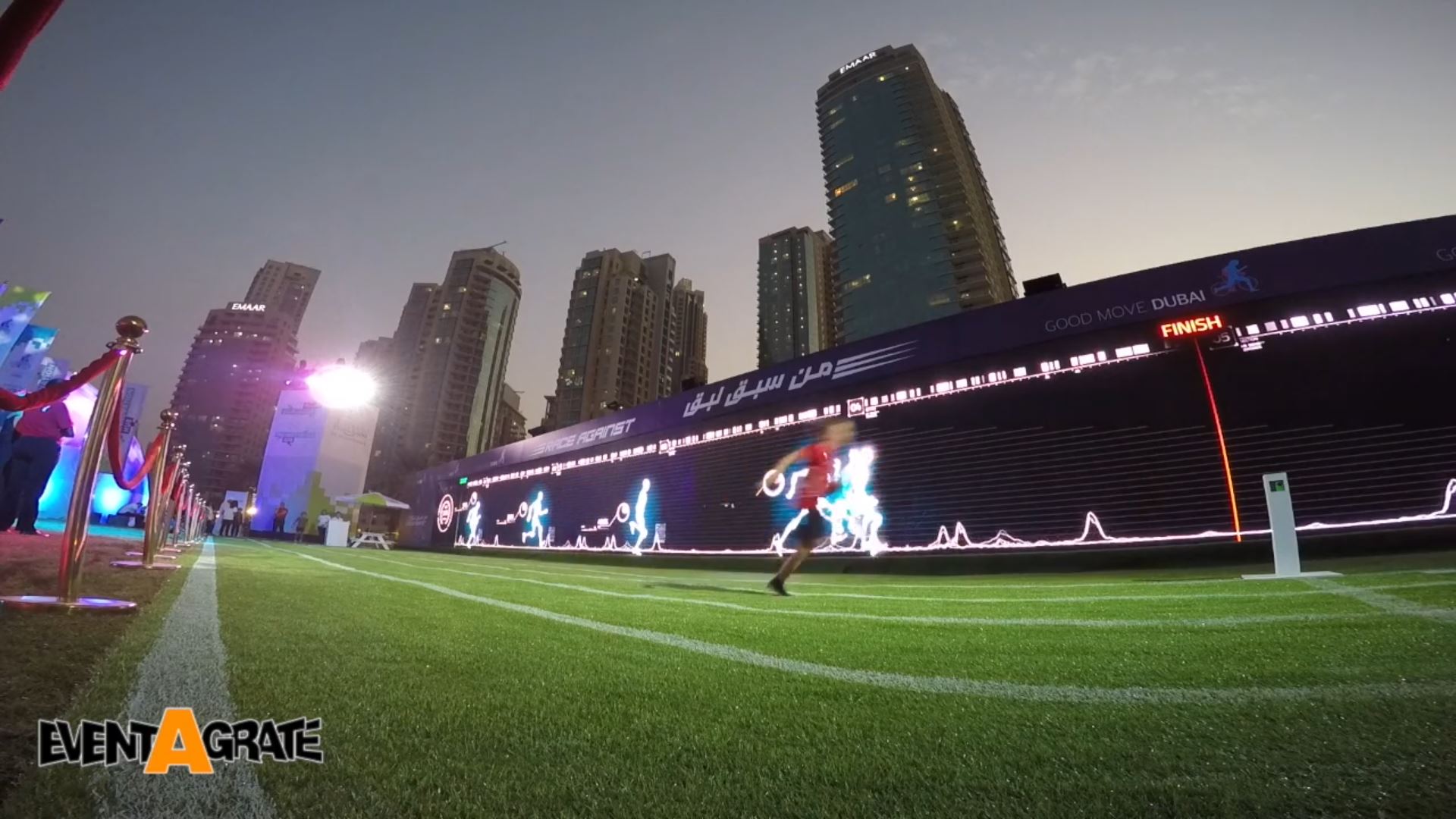 Dubai Fitness Challenge is an annual celebration of fitness and wellness. Launched in 2017, the challenge is simple: complete 30 minutes of activity each day for 30 days. The Challenge helps create a fitness-focused mindset and inspires us all to seek healthy, active lifestyles. 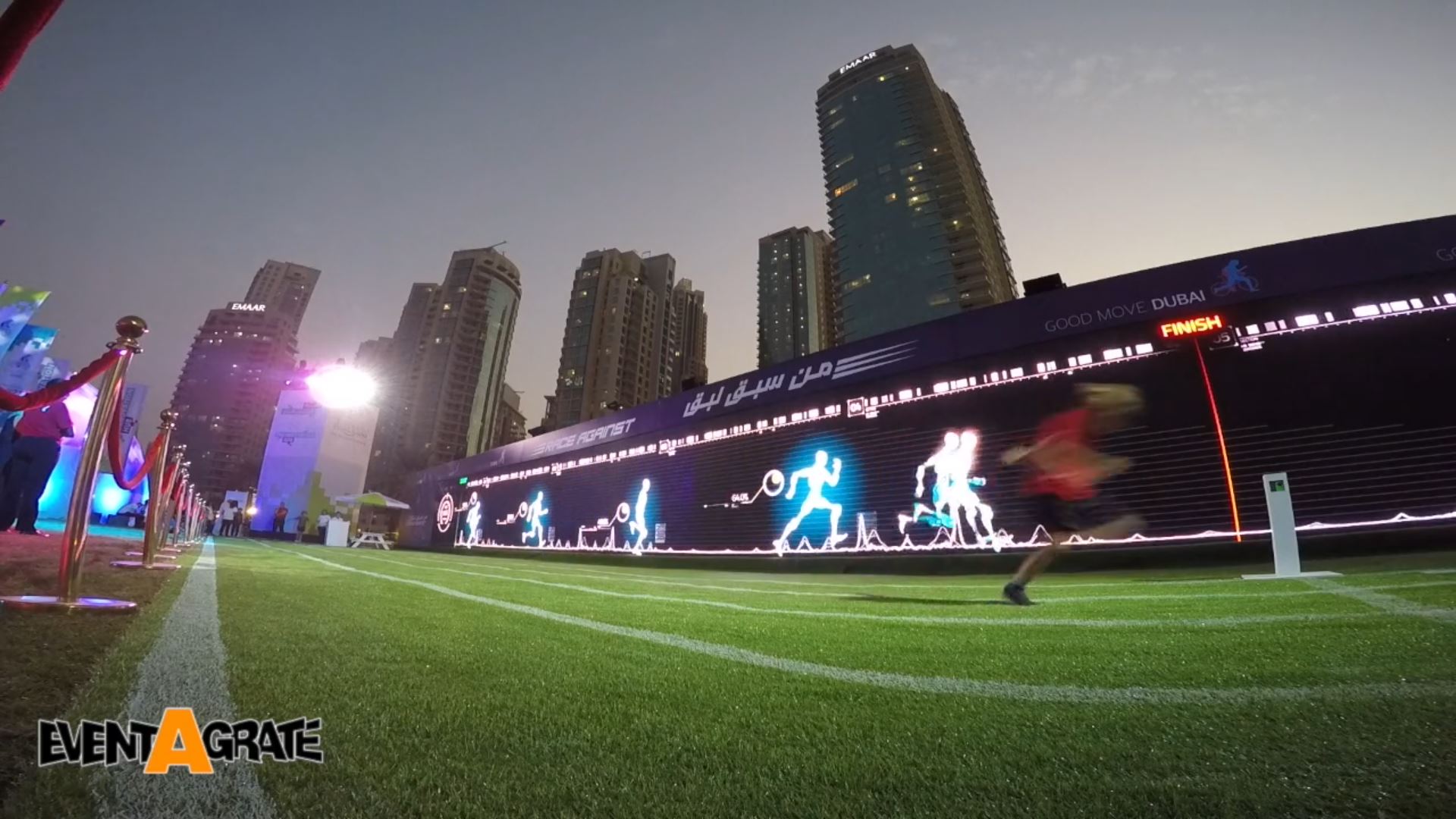 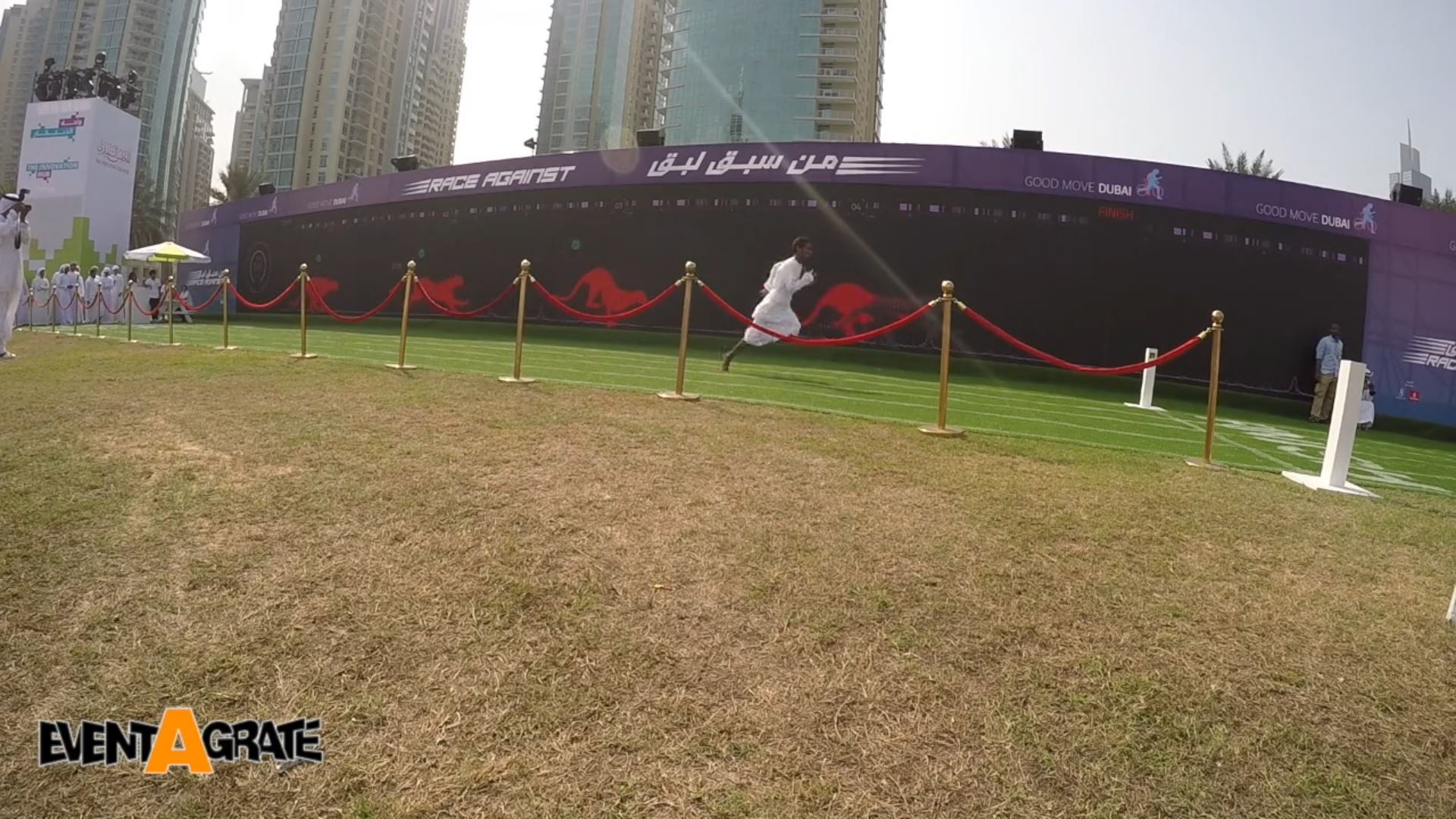 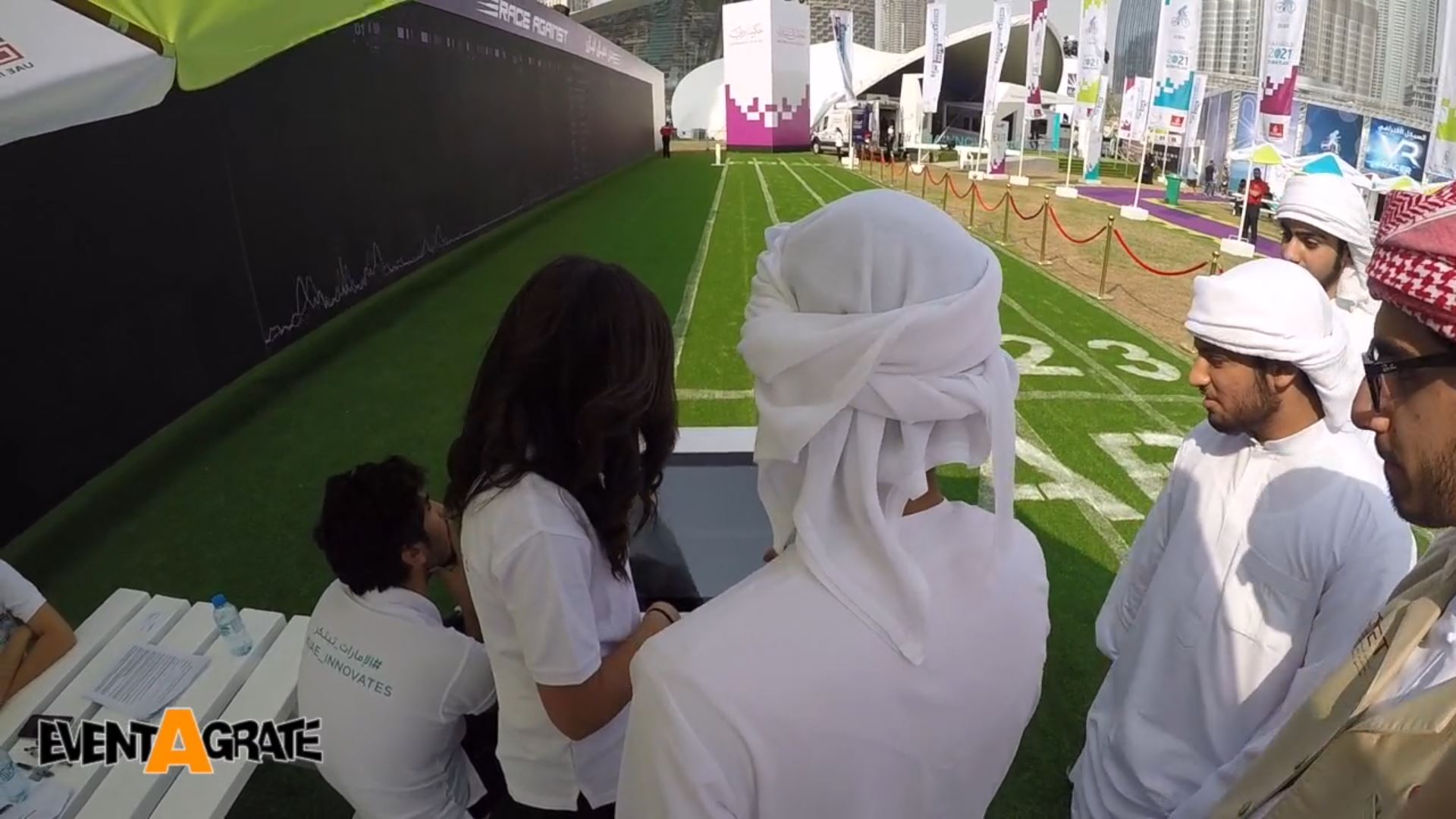 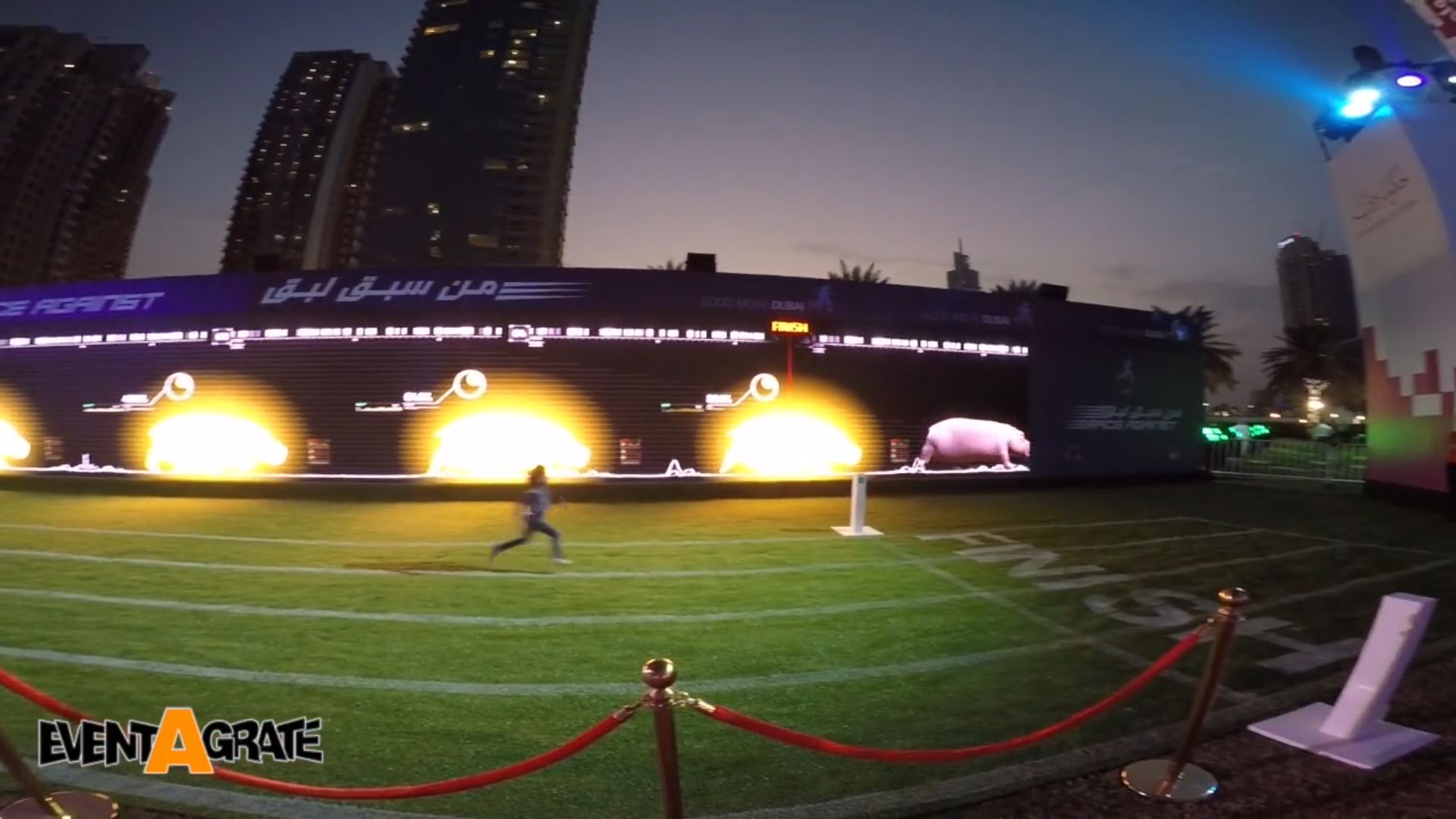 To promote health & fitness among the people

we integrated technology into the equation. How can you challenge people to run faster? Go toe to toe with mobile creatures  at the footsteps of Burj Khalifa.

is an interactive racetrack that features an LED wall that shows which animal will be your opponent for the race. The player must enter their details via a touch screen at the beginning of the track, and can then choose an opponent: a hippopotamus, cheetah, falcon, oryx, and a humanoid robot. Upon completing the form, the player must now get ready to run and with the sound of a buzzer, they’re off to race!

precisely shows an animation of what the average speed of the chosen opponent is, setting checkpoints throughout to see your progress.

is positioned at the finish line to accurately record your time and to see if you’ve beaten your chosen beast.