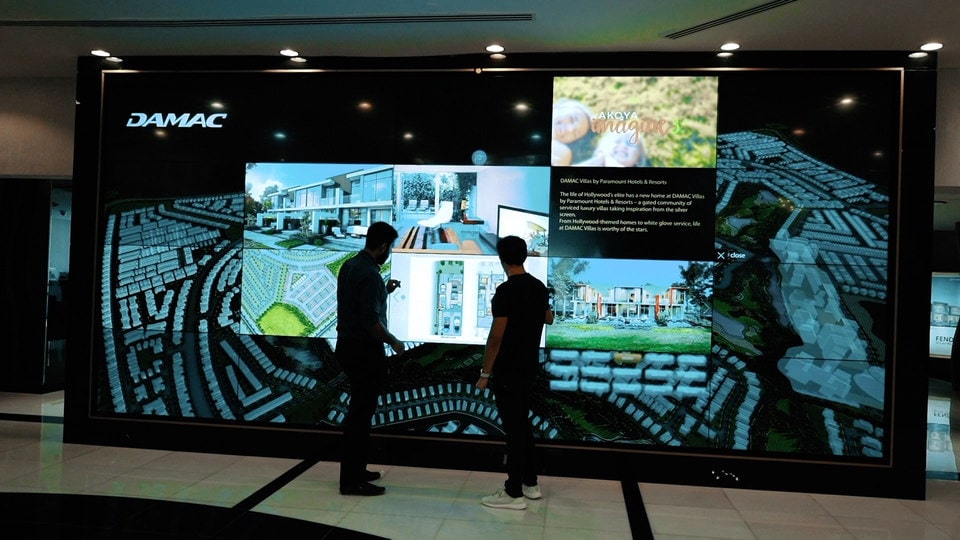 Damac's Sales Centers got a much-needed technological revamp with several interactive technologies that Eventagrate set up for them. Creating a pipeline for guests to follow, the journey had a self-guided interface and included sales-person-support and in-depth flows. The best a sales center can offer to turn a visit into a purchase. 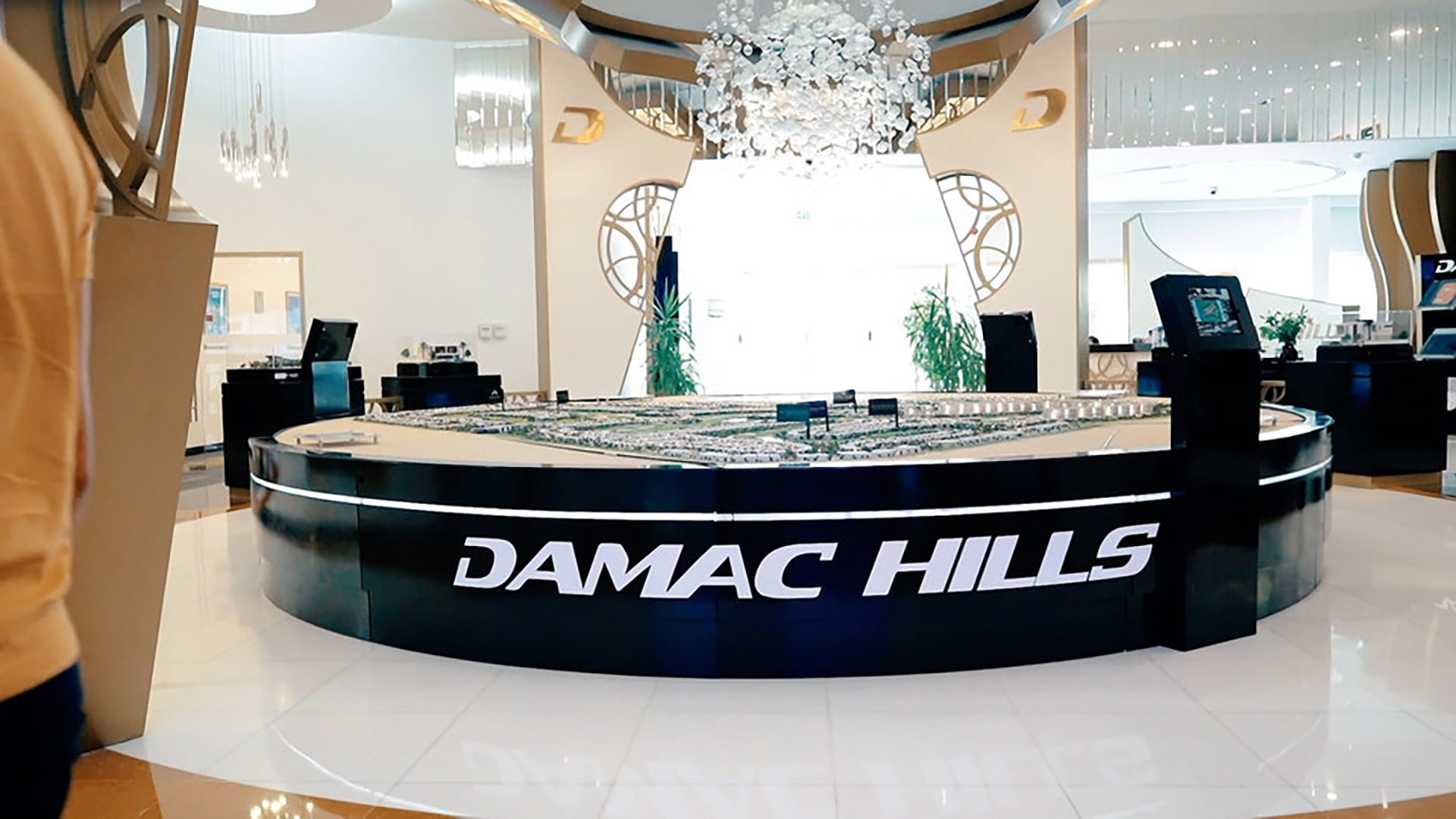 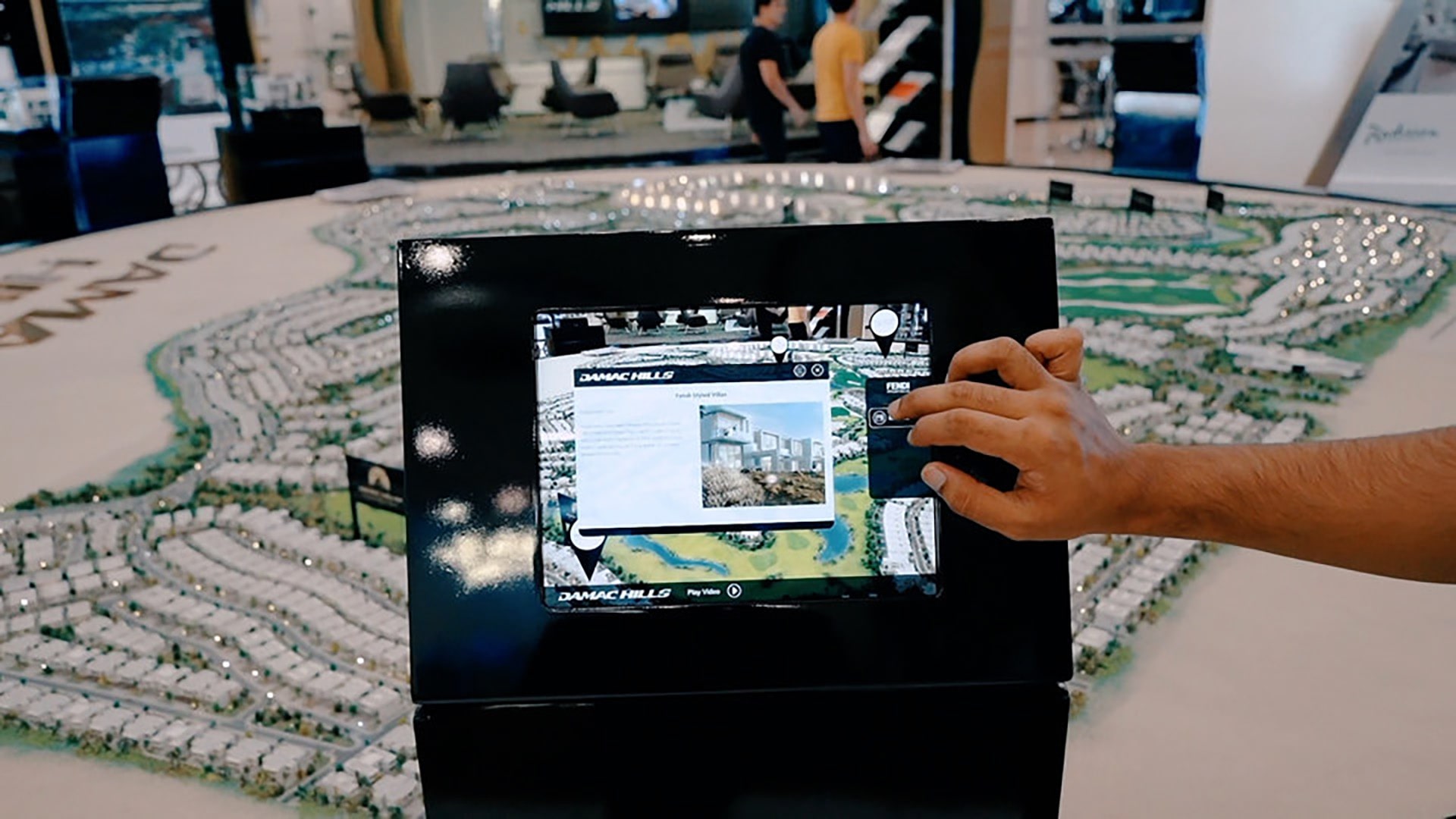 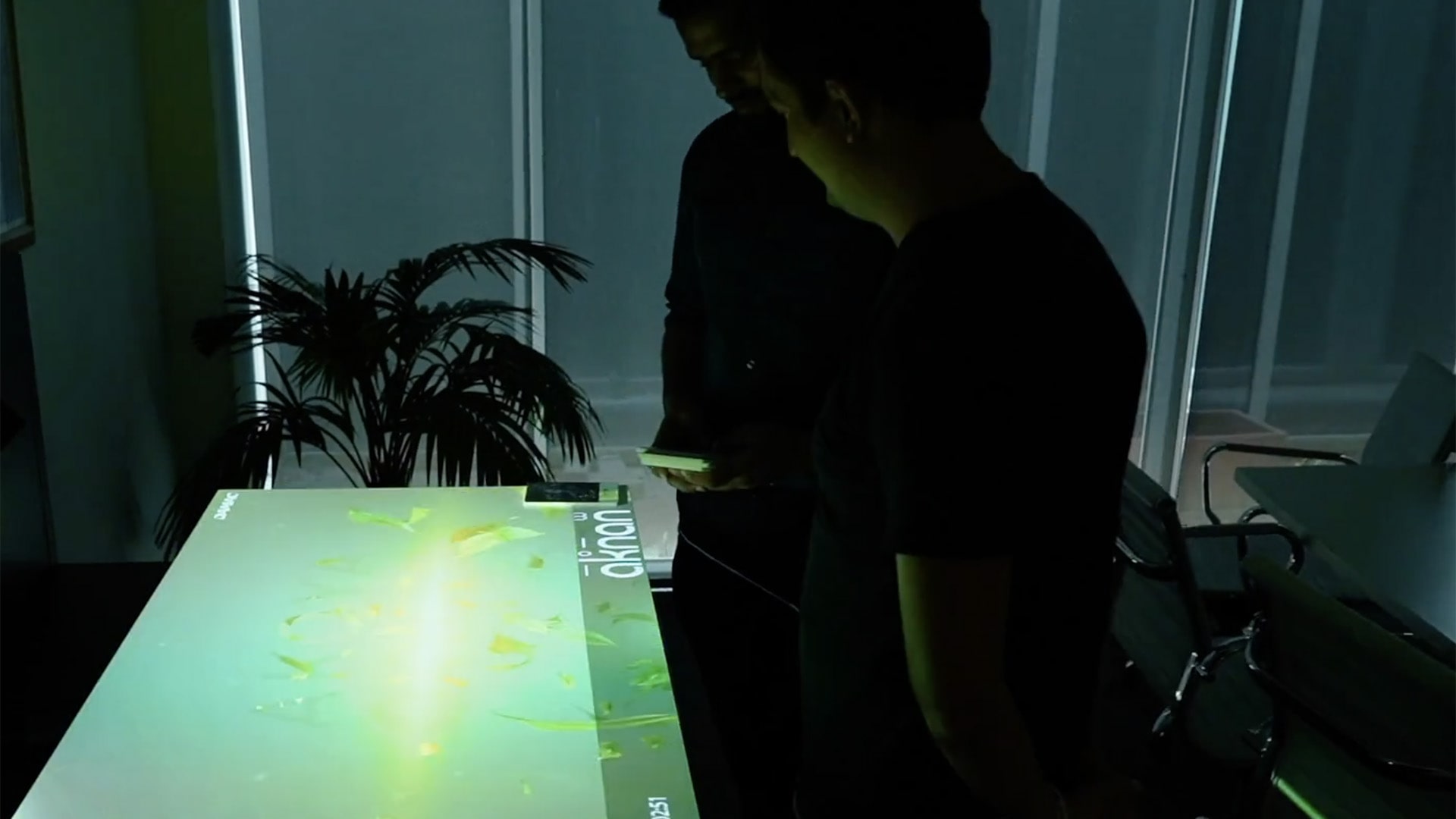 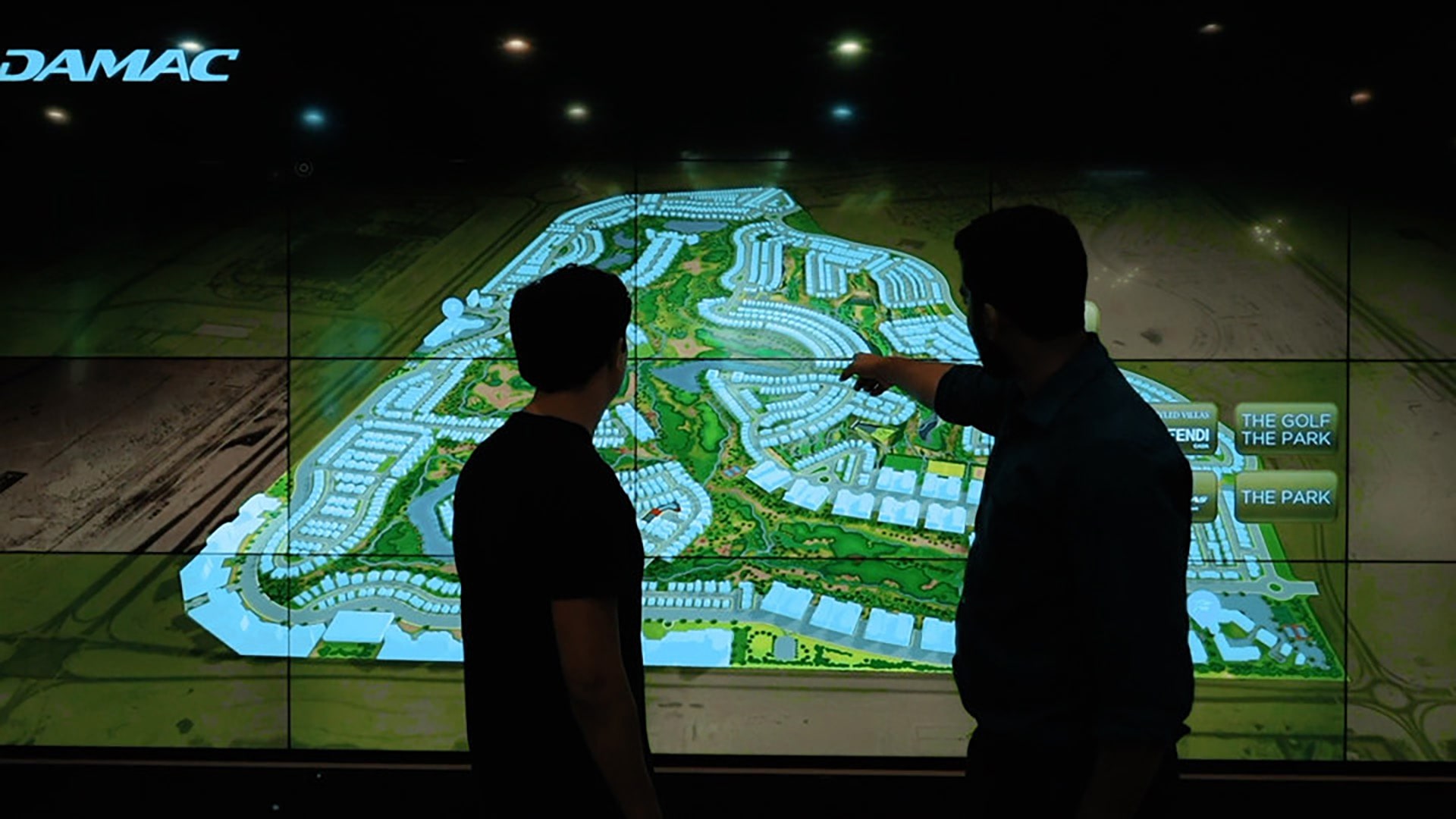 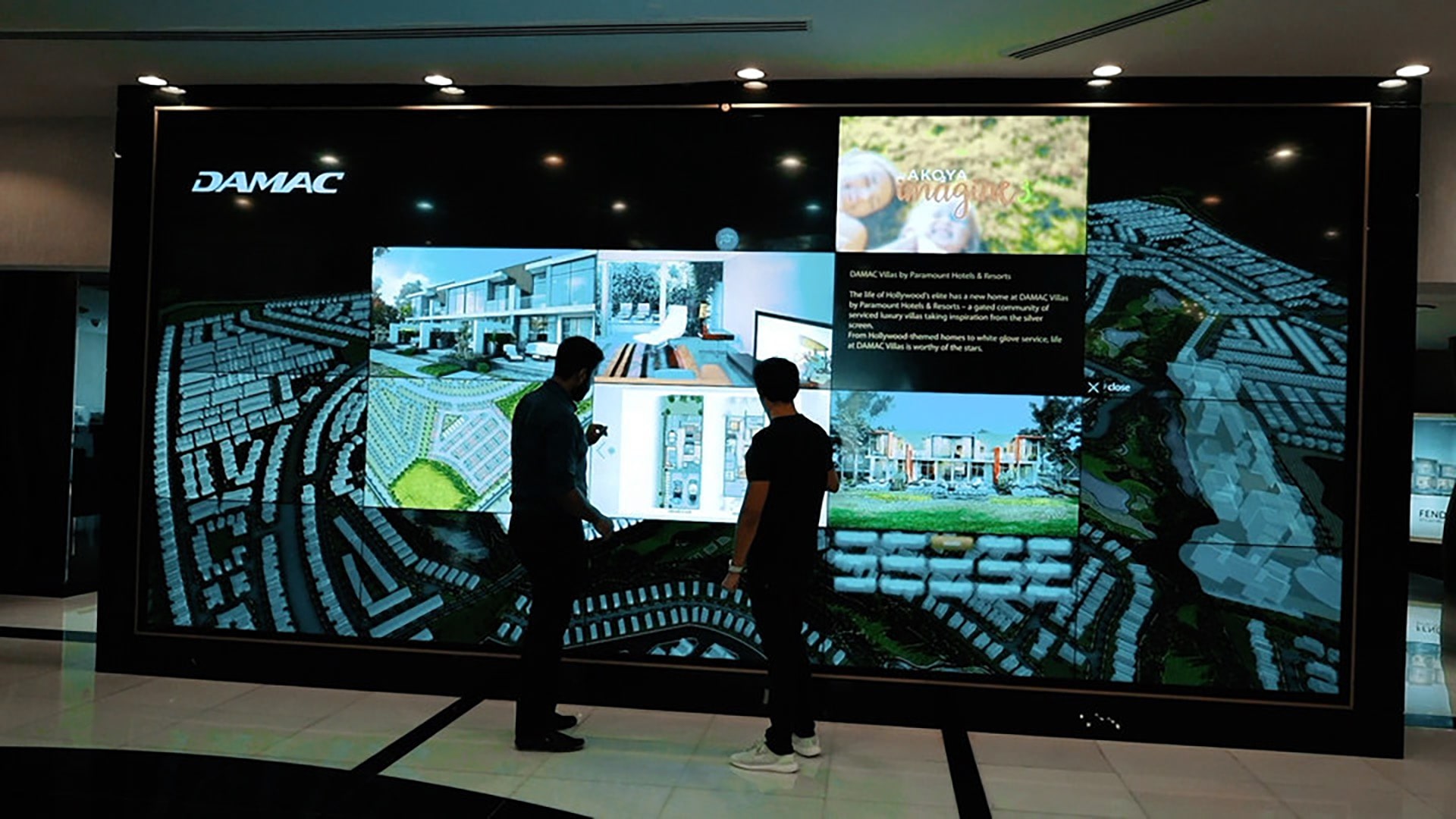 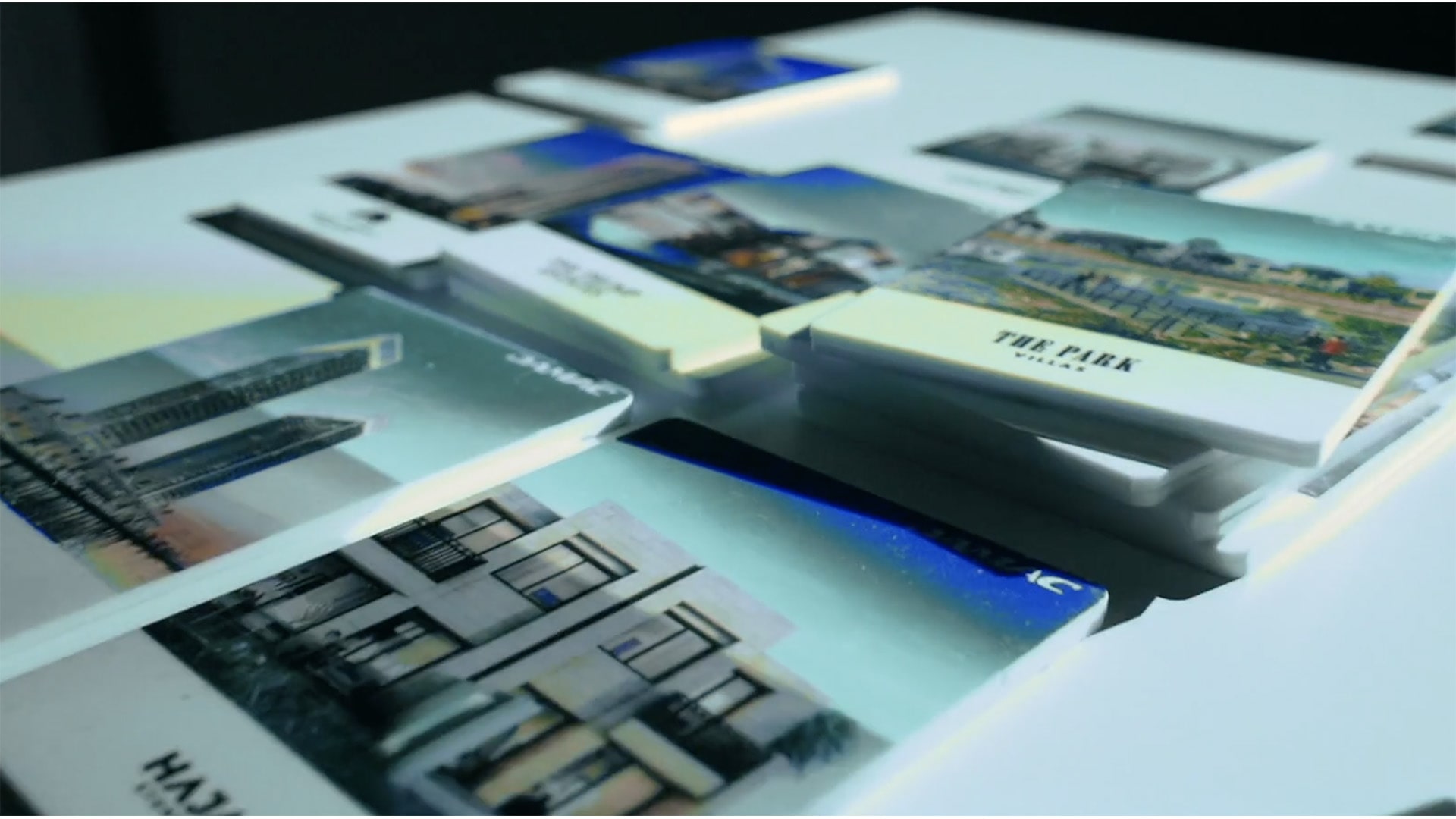 are spread across multiple countries and locations. That meant that the chosen technology had to be scalable and easily reproduced.

For the flagship office of Damac we chose to implement several different technologies.

was set up as the centerpiece and the first thing customers saw when they arrived. The sensors used for the touch wall meant that it could be set up either as touch, or gesture/air touch. The wall included all sales information that might be required - from the plots locations and pictures, to description, marketing material, as well as CRM Salesforce integration.

was included to offer a more private viewing experience. It was set up to provide a more interactive, in depth understanding of the properties and developments, as well as used as a tool to do easy comparisons.

was a self-use tool which allowed visitors to view more information over the physical model plus to experience a few nice touches such as moving virtual golf carts, birds and clouds, which added more to the experience.

were deployed for guests to view and share. These brochures could be placed on a large interactive screen which triggered content to be revealed about Damac.

‍
In the other offices, we included the touchscreen and tablet solutions as the easiest solutions that any sales person could learn and use in their day-to-day practice.

The project was launched in 2018 and is still widely used through many Damac locations.