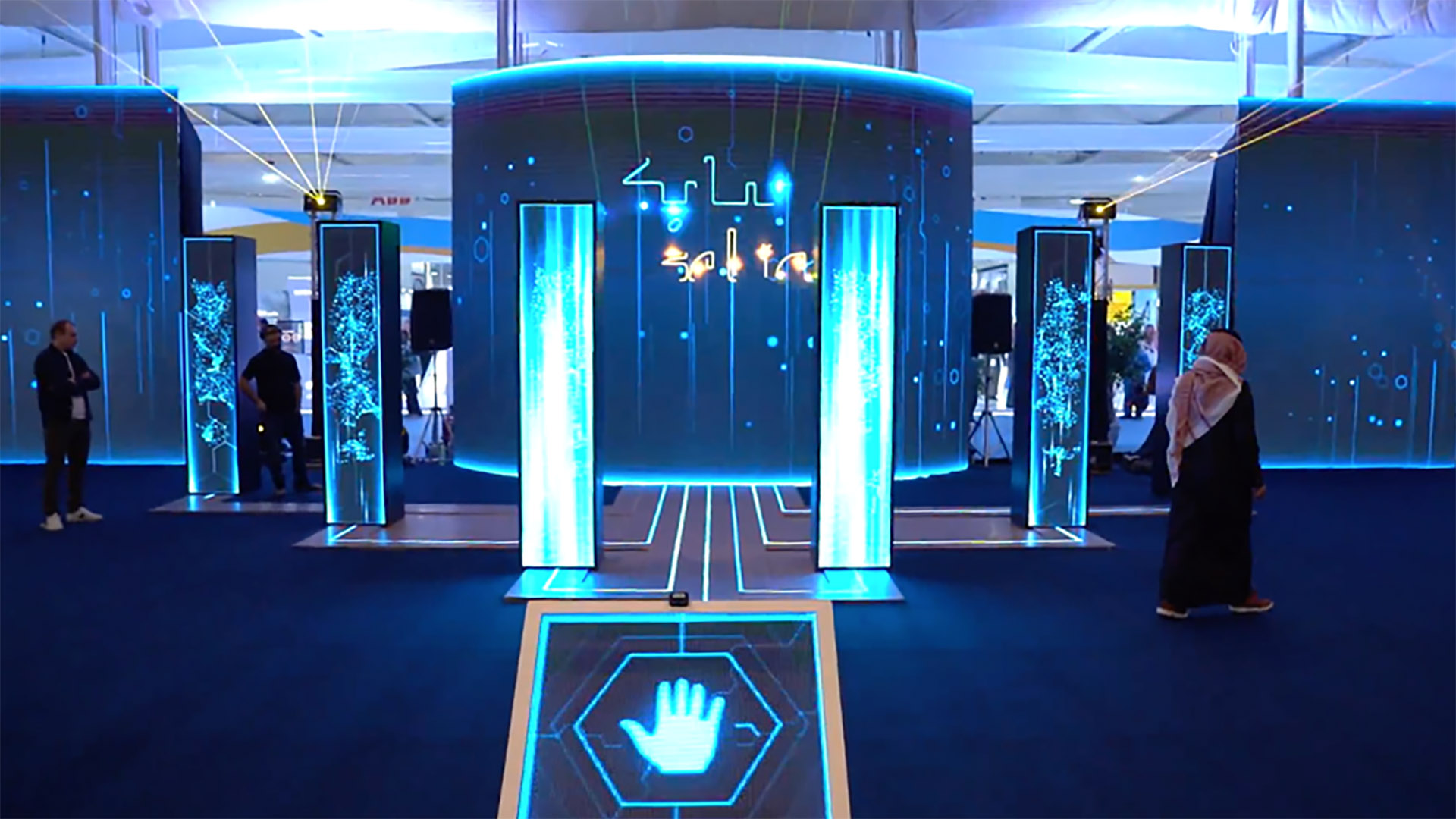 The Exhibition of SABIC Conference 2020 is the largest petrochemical exhibition in the Middle East that took place from the 16th to the 20th of February, 2020, in Jubail Industrial City, Kingdom of Saudi Arabia. Eventagrate worked in collaboration with Alharithy Group to deliver the opening ceremony for the 13th edition exhibition under the theme of Chemistry 4.0. The story narrated the 13 SABIC events from its first initiation in 1994 under the name of SABIC Technical Meeting.

through a touch panel provided on an LED column facing the digital canvas designed specifically for this event.

contained a curved LED wall with two big LED screens on the side layered by seven LED pillars that created a layering mechanism to the content generated along with isolation in parts of the show.

were branching out on the floor as a continuation to the set up from the seven LED pillars to the big curved LED with a flowing transition upon launch trigger.

were an added element to compliment the show in addition to outlining the SABIC logo at the beginning.